The other day, a friend told me that if she found out a friend of hers, or even her own husband, murdered someone and confessed the crime to her—but no one else knew—she would turn them in

I was pretty shocked. It seemed horribly disloyal. But she argued that a murderer should be turned in, regardless of your own personal relationship with them.

I imagined myself in this situation. First, it would depend on the circumstances. If a super close friend or parent or spouse or sibling or child of mine got in a drunk fight and accidentally killed someone, I would definitely not turn them in (though my friend insists she would). If the person committed a more premeditated murder, it would be harder—but even if my knowledge of their crime ended or damaged my own relationship with them, it’s hard for me to ever imagine turning an old friend or immediate family member into the cops for a life in prison sentence.

At some point, though, a friend or family member could commit a crime so heinous that it would actually change my level of loyalty to them, and I would go to the cops—even if the person were my own child.

One complicating factor in this is: “If I don’t turn them in, is there a chance they’ll hurt more people?” For the purposes of this question, to isolate the core moral struggle at hand, let’s remove that factor and assume that you know they would never do anything bad again.

With that factor removed, let’s make a graph that sums up your [loyal to people] vs. [loyal to the law] balance. It’s hard to know what yours actually looks like until it’s tested in practice, but I imagine that mine would look kind of like this: 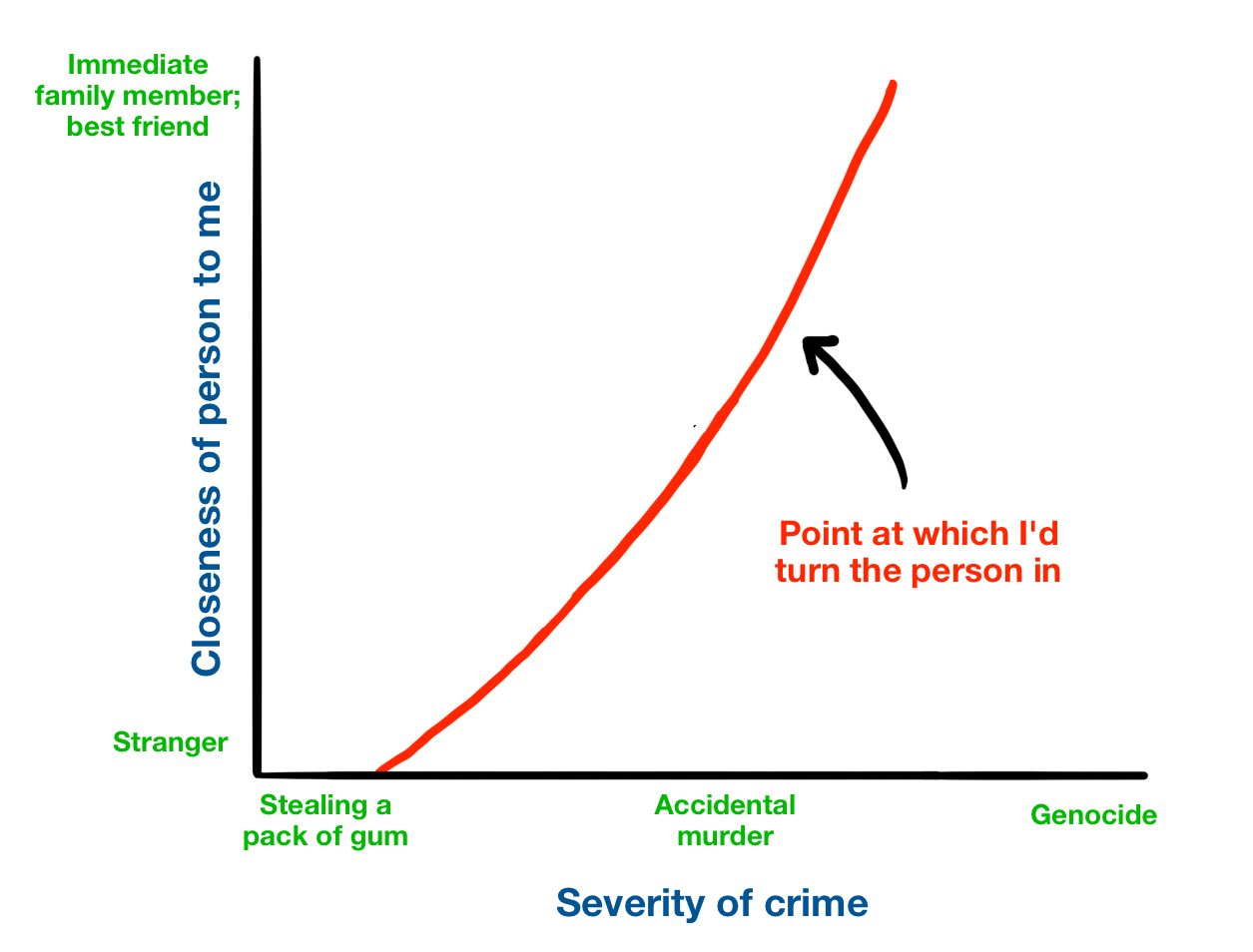 From talking to my friend, it seems like her graph would look more like this (guess who I won’t be confessing to if I ever do something terrible…): 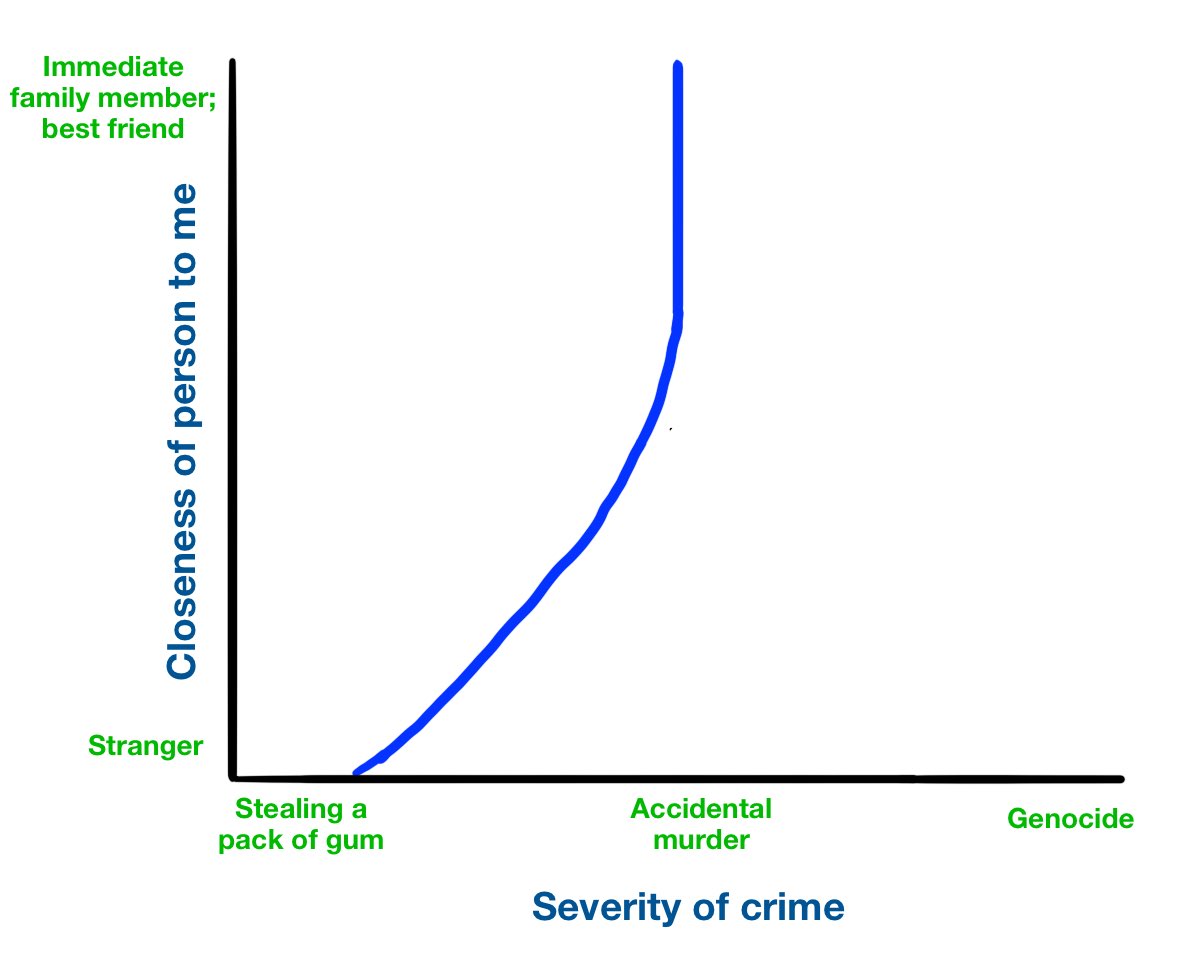 Putting our graphs together, you can see our area of disagreement: 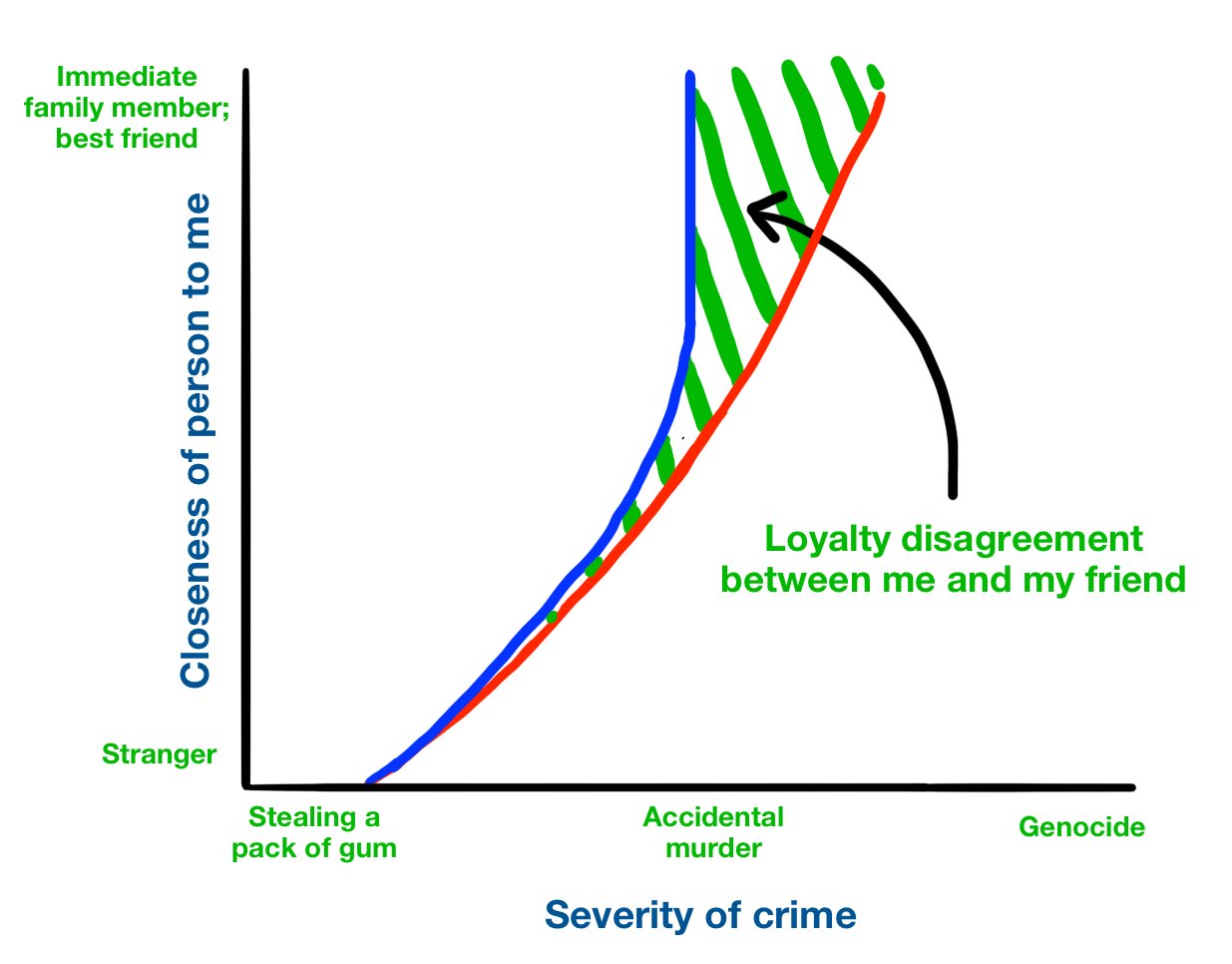 My question for you is:

How do you balance personal loyalty against your duty as a citizen and as a member of humanity? What does the line on your graph look like? Is it okay for each person to determine that line based on their own gut instinct, or is there an objectively moral way the line should look?