Medieval people really went through some shit. Suppression by the church, barbarian invasions, the crusades, unthinkable torture, the Black Plague—it was unpleasant.
To help us grasp just how bad it was, let’s take a look at the art of the time to check things out first hand. All the below is actual medieval art, painted between 700 and 1500AD. 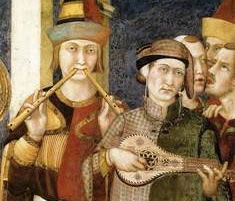 If you were wondering whether sarcasm existed in the Middle Ages, this should answer your question. These dudes are just completely over it. The lusty men behind them certainly aren’t making anything better. 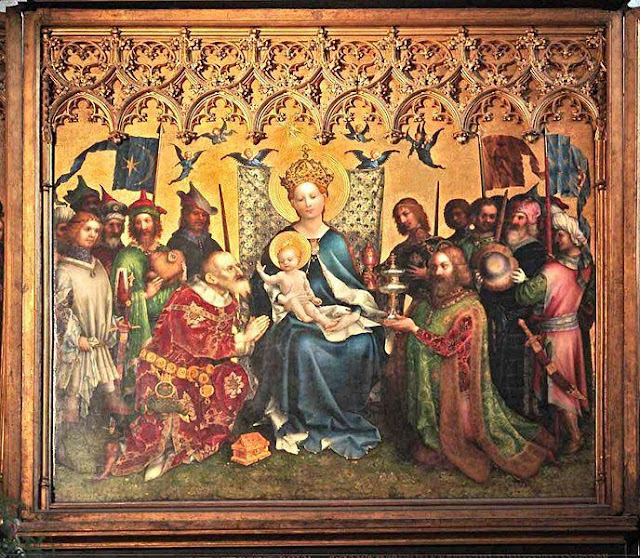 Mary was into being a celebrity for awhile but she’s just fucking sick of it now. This is like her 495th event showing people the magic baby. 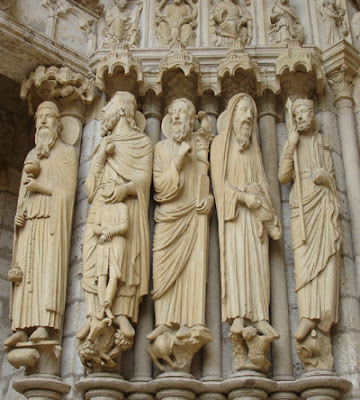 Bored was about the best thing you could hope for in medieval times. And these statues are making no attempt to hide their boredom, mastering the “restlessly checking their watch” demeanor. 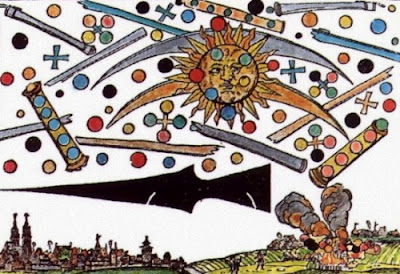 It even sucked being the sun in medieval times. Look at all those shapes he has to deal with. 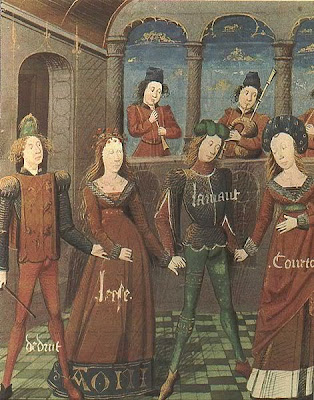 Six of the lowest self-esteem people ever painted. Hard to imagine lower morale than this. 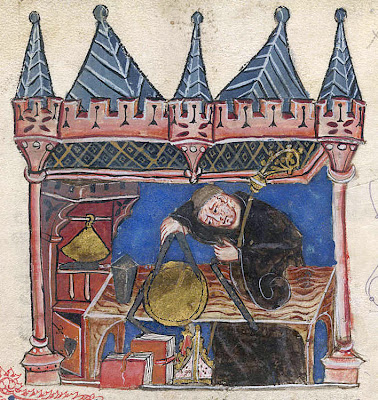 Every day is the new worst day of this guy’s life. The least they could have done was made the ceiling high enough for him to stand up straight while manually laboring all day. 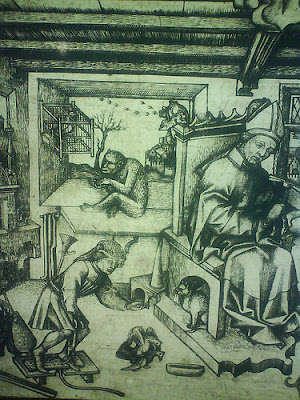 This man’s reality is that he lives with a monkey, a little boy, two mating chickens, and a cat wearing glasses—and he just seems broken by it. 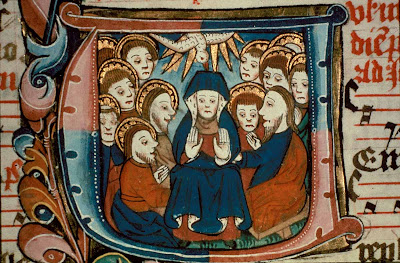 This woman has a full situation going on. She’s being molested by 11 of the creepiest-looking people ever, and as if that weren’t enough, there’s a knife-winged seagull flying into her head. 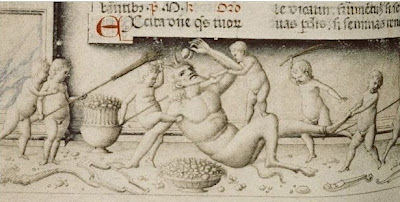 “Oh for fuck’s sake” was all this man could say when he took a turn down the wrong alleyway at the wrong time and was stripped naked and gang beaten by a hardened group of toddlers. 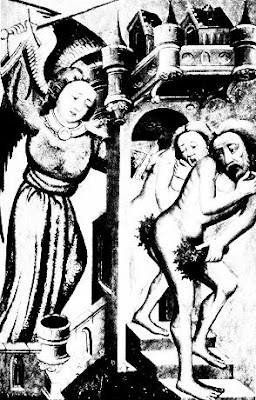 The Middle Ages took “undignified” to a different level. This man doesn’t even look that upset by his current situation, suggesting that he’s used to this kind of thing happening. 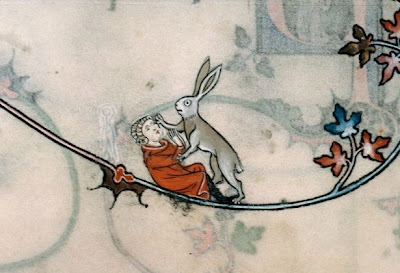 Yup. It’s what it looks like. A woman being raped by a bunny. There’s no way a modern bunny would ever have that rapey a facial expression on, let alone act on it.

People Just Completely in the Shit 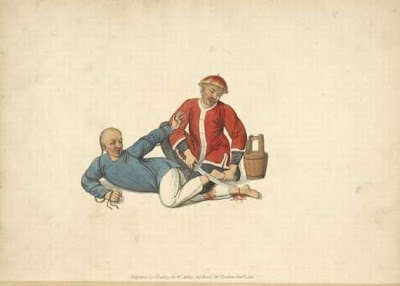 It’s just a really, really bad situation for this guy. Having your feet sawed off is simply not a part of life today. Standard procedure in the Middle Ages. 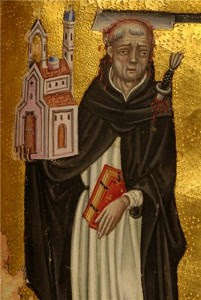 Today, an old weathered person would just be old and weathered. A medieval old person is weathered, yes, but they also have a butcher knife stuck in their head, piercing their brain. And this guy just deals with it, trudging on through his medieval life. 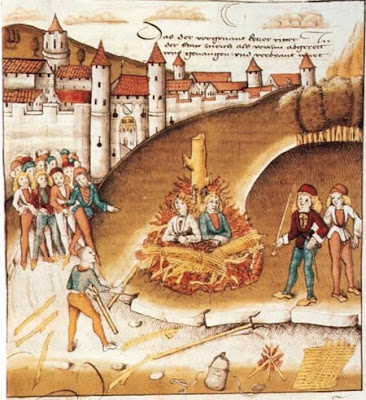 Medieval times were so shitty that being burned at the stake represented a somewhat average day in your life. These guys have certainly been through worse, as evidenced by their blasé expressions. 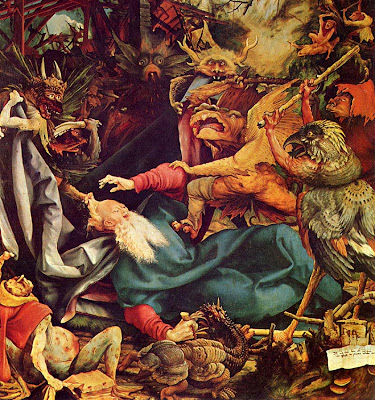 Likewise, this man is positively enjoying being torn apart by hell monsters. This is actually one of his better days. 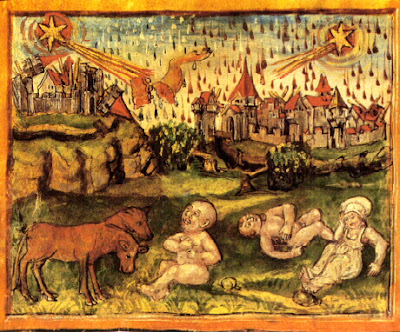 Today, bad weather consists of rain. Maybe even a hurricane. Then? A fire shower and an air strike by murderous stars. We won’t even bring up the fact that a huge severed animal leg and a bored two-headed horse are part of the equation. 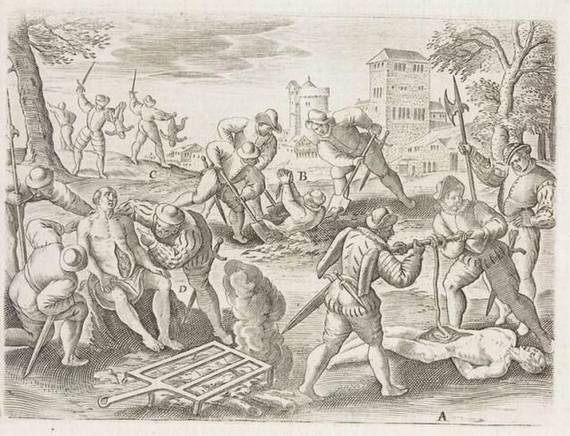 Now come on. What could someone possibly do that’s so bad it warrants having his intestines reeled out of him? Also note the man being buried alive and the synchronized baby butchering in the background. You know shit was bad when you’re the guy on the left and your stomach has been carved open and you’re in only the fifth worst situation in the vicinity. 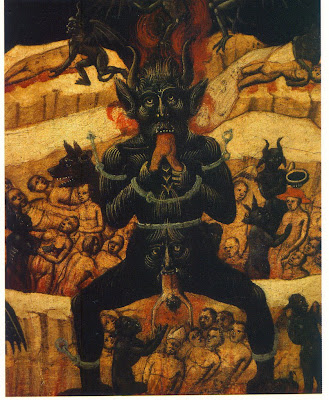 You’d think with a collection of situations this bad, it might be hard to choose the climactic worst one to put last. And yet, this man being simultaneously eaten by the devil and pushed out through his vagina is a pretty clear winner. Just another day in the Middle Ages.