Recently, a campaign called Women On 20s called for the US Treasury to replace Andrew Jackson on the $20 bill with a woman. The campaign got a lot of attention and its petition received enough signatures to make it to the White House. And last week, the Treasury announced that it would happen.

what the campaign organizers had hoped for. They wanted a woman on the $20 to replace the crusty old Native American-hating, pro-slavery Andrew Jackson. Instead, the Treasury decided a woman would replace the under-appreciated Alexander Hamilton on the less prestigious, less common $10 bill. And while the new bill will be unveiled in 2020, it won’t actually make it into circulation until a few years later.

Still, a huge victory for the campaign and an important step forward for America.

The campaign also took votes on who the woman should be. The only rule, by law, is that the person has to be dead. Here were the first-round results: 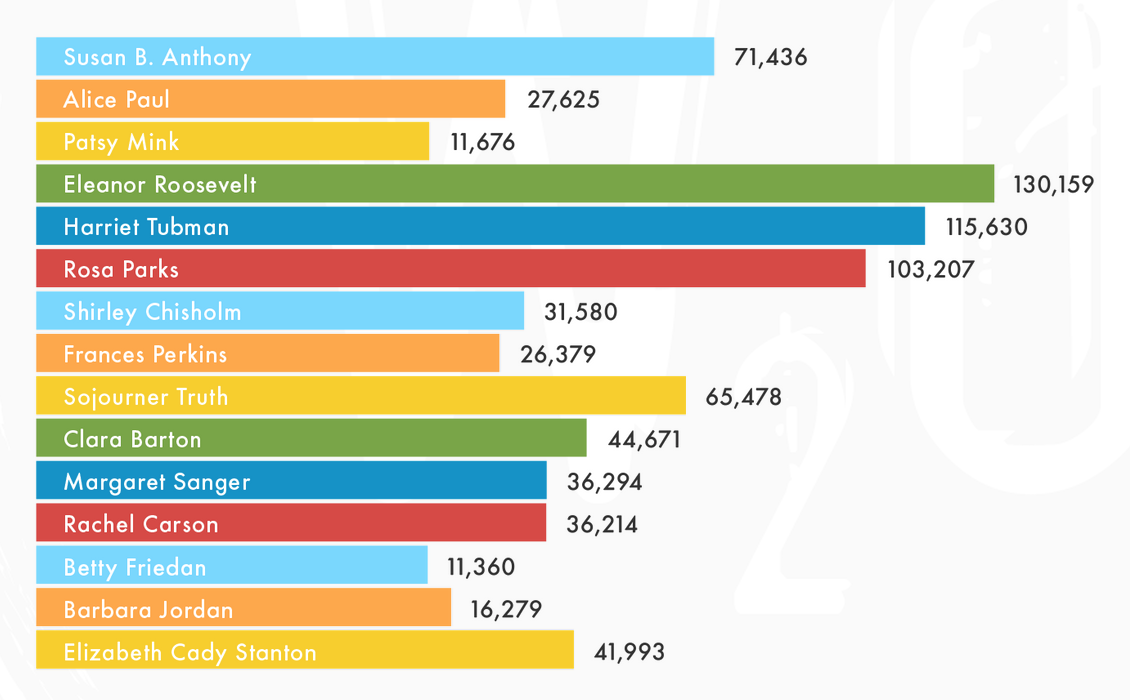 In the campaign’s final round vote, Harriet Tubman edged out Eleanor Roosevelt for the win.

This is only unofficial, though. The actual decision will be made by the Treasury.

So let’s see what WBW readers think. Who should appear on the $10 bill? And why? (Don’t need to limit it only to the women that were part of the vote above)