It’s holiday season and there you are on Santa’s lap. You decide that this year, you’re gonna ask Santa to improve the thing in your life that matters most—your phone. What would you ask Santa for? It can either be a new feature you’d love to have, or a fix for something about your phone that annoys you. 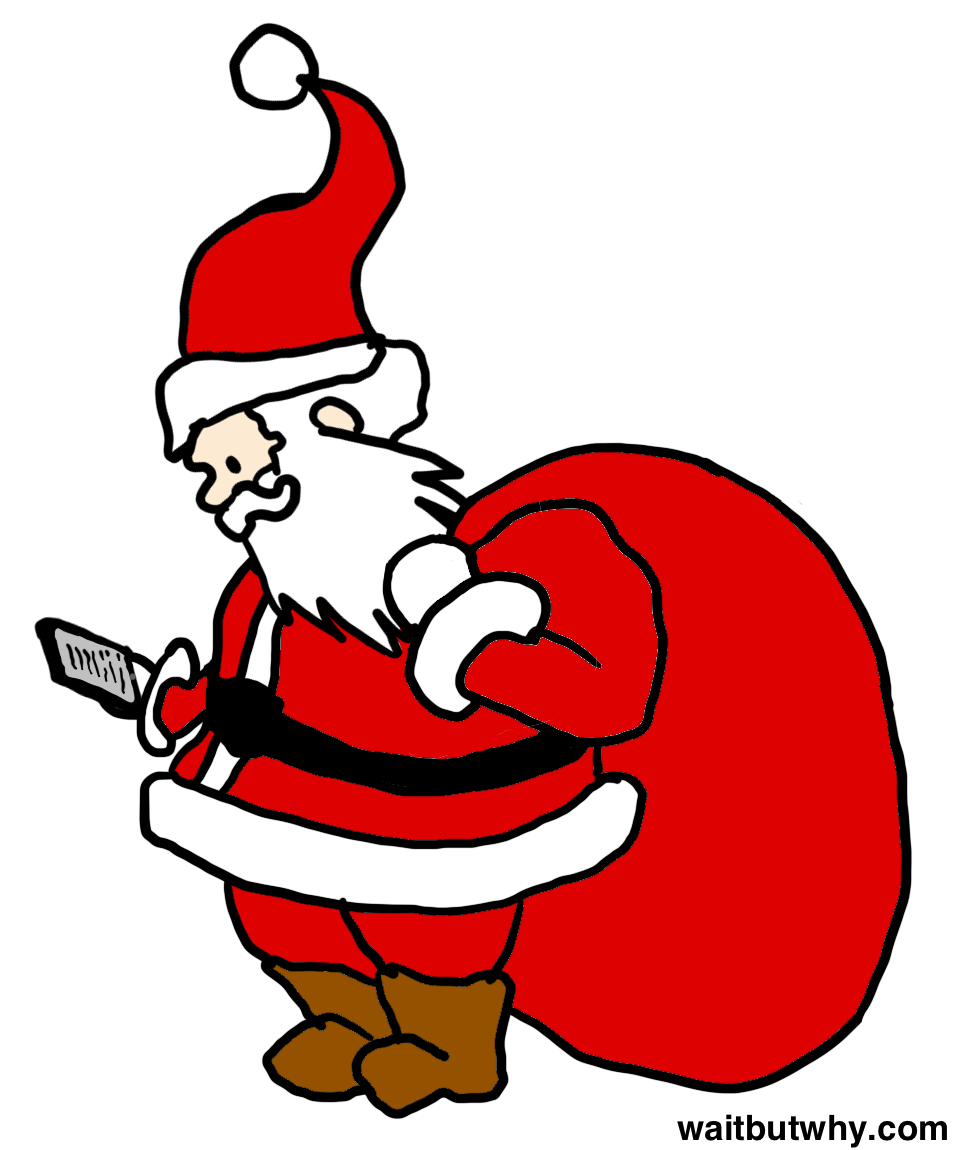 This thread is for iPhone users. Android users, go here.

Tim’s Answer: I have four requests—

1) Allow me to keep texts “as new.” I’m not an immediate text message responder—I treat non-urgent texts more like email. But since I often open a text right when it comes in just to glance at it, I then completely forget it exists later and never respond, like a dick. Then I discover the left-hanging text like two weeks later and have to write something like “Re: penguin video from last week- haha” which is a bad experience for me and a bad experience for the recipient. And this is all because Apple decided not to let me keep texts as new, or flag them, or anything that can remind me what I need to respond to later. This same complaint goes for iPhone voicemail. Speaking of which—

2) Make voicemail suck less. The advent of visual voicemail with the first iPhone was a game changer. As new iPhones came out, not much changed about visual voicemail until iOS 7 in 2013, when they decided to spice things up by making it much worse. They made the delete and speaker buttons tiny, hard-to-tap words and my deleted voicemail sometimes just come back from the dead. Instead of innovating on how to make visual voicemail worse, they should have figured out how to let me email a voicemail to someone.

4) Let me take standard definition videos, not just HD. When people’s iPhones fill up, stored videos are often the reason why. And what else would you expect when you can only take huge, HD videos on the phone? 95% of the videos I take have no reason to be HD, and I’d rather take videos in SD, taking up about 1/10 the space per video minute, and then have HD as an option the rare time I might need it. Kind of think Apple keeps it like this on purpose to push more people to buy one of the larger-capacity phones.