Andromeda is the closest large galaxy to us.

Andromeda is 2.5 million light years away from us, or about 25 Milky Way diameters. Here’s a picture to scale:

Light takes 2.5 million years to pass between the two galaxies, so if a fancy Andromeda alien is viewing us with a telescope right now, it’s seeing a bunch of Australopithecus walking around being unappealing.

In kilometers, Andromeda is 250 quintillion km away from us. The moon is 400,000 km away, so if you had a ruler that stretched from the Earth to the moon, you’d need 625 trillion of them to reach Andromeda.

And yet, in the scheme of galactic distance, Andromeda is our next door neighbor and one of the only galaxies close enough to be moving toward us—because its “short” distance away means the force of gravity can overpower the movement caused by the expansion of the universe, which in almost all other cases pulls all galaxies away from all other galaxies.

And in about 4 billion years, Andromeda will selfishly collide with the Milky Way and the two will form an extra-huge galaxy. You won’t be here.

Andromeda is also one of the very few objects outside our Milky Way that you can see in the night sky with our naked eye—if you know where to look. It looks like a fuzzy star: 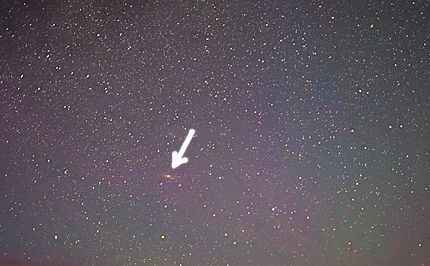 But the thing is, it’s so far away that only the super-condensed nucleus of Andromeda is bright enough to be visible to our eye, so that’s all we’re seeing. If the whole galaxy were bright enough, this is what you’d see at night (with the moon as a reference)1: 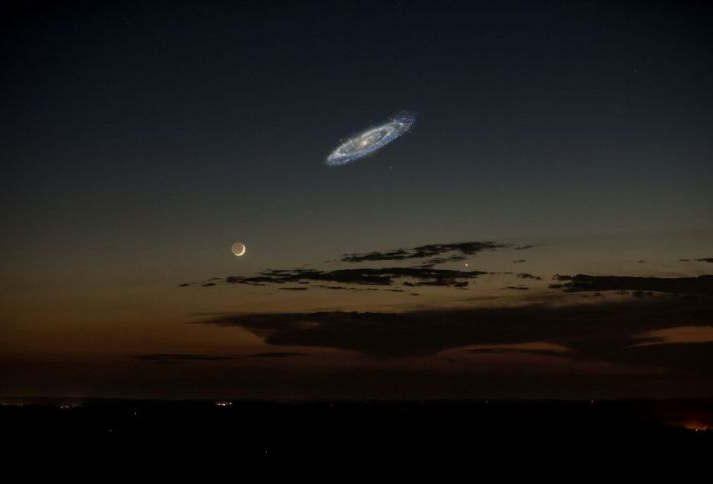 Huge! And given that it’s 2.5 million light years away, the surprising amount of sky space Andromeda takes up speaks to just how ridiculously large a 140,000 light year diameter galaxy is.

Here’s one more delicious composite photo that shows the relative size Andromeda would be in the sky, courtesy of NASA: 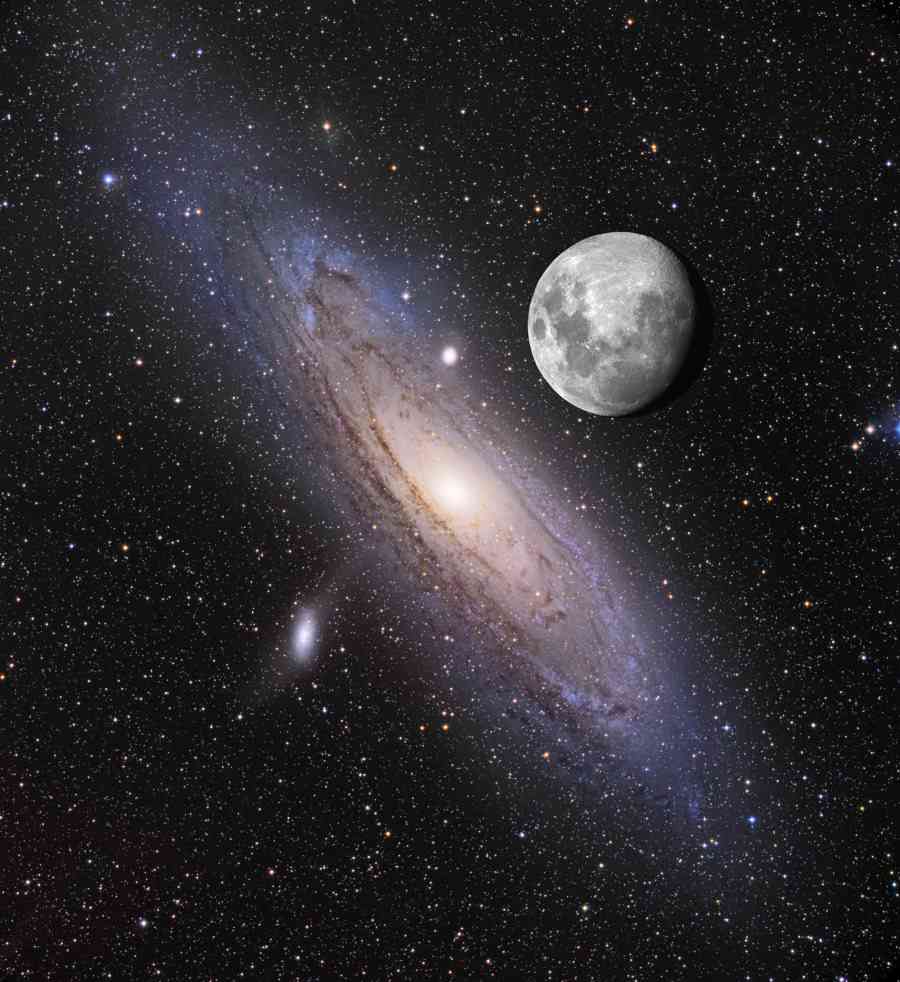