I’ve always been interested in the distribution of the human population across the globe. It’s far from an even spread—this map shows where people are most squished in (dark colors) and where they’re spread out (light colors): 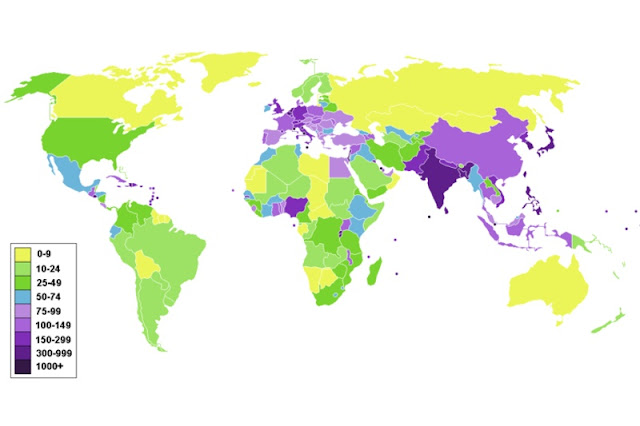 And the East Asian countries in particular are so jam-packed with people that there’s this insane fact: 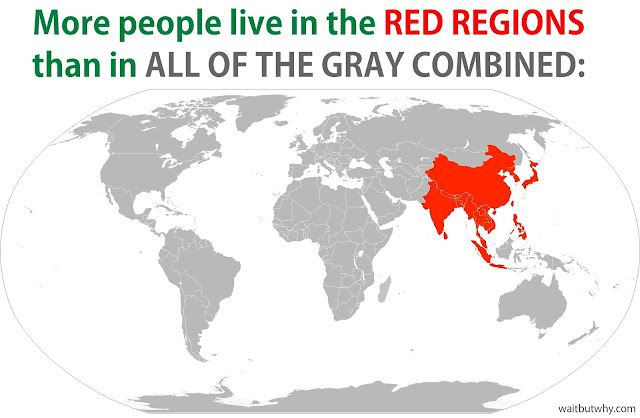 (Parts of Malaysia and Indonesia have been intentionally left out—without them, the red regions still contain more than 50.2% of the world’s population.)
To gain perspective on just how differently people are living on this planet, I looked up the average population density of a particular city, state, or country, and imagined all humans living at that density. Or put another way, how many square miles would be needed to fit all 7,103,900,000 members of the human race if all of us were living at the exact density of various places in the world. Here are some of the findings: 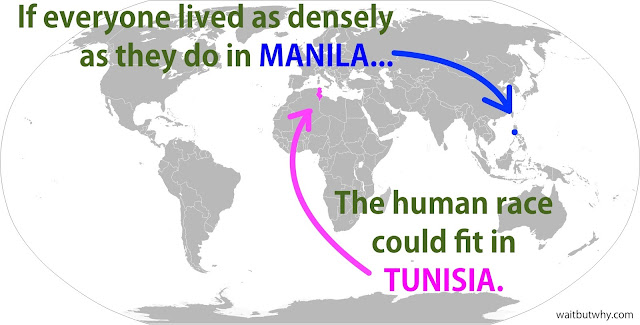 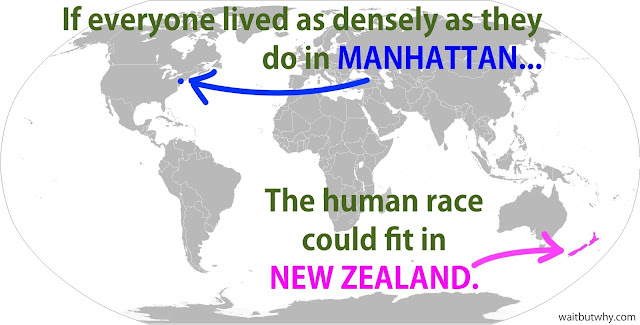 (While we’re here—if all the habitable land on Earth were as dense as Manhattan, you could fit 1.73 trillion people on the planet. Let’s not do that.) 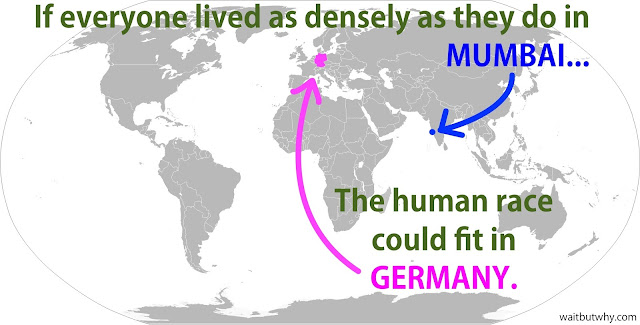 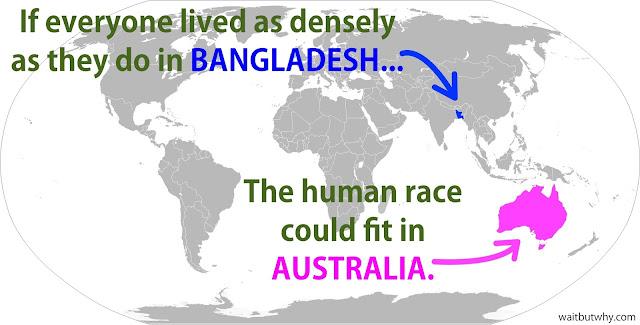 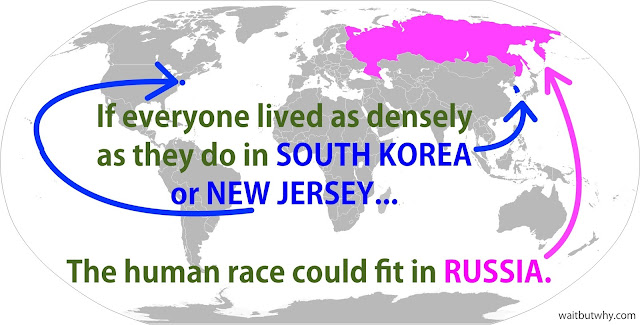 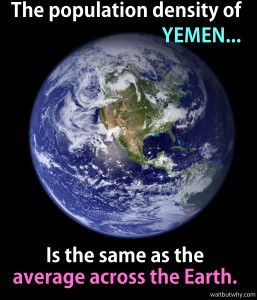 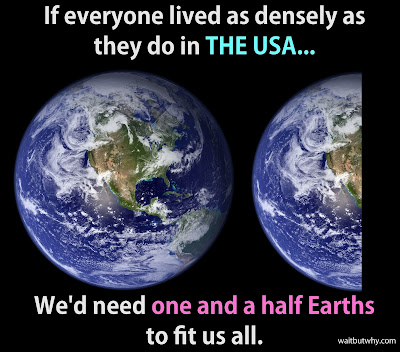 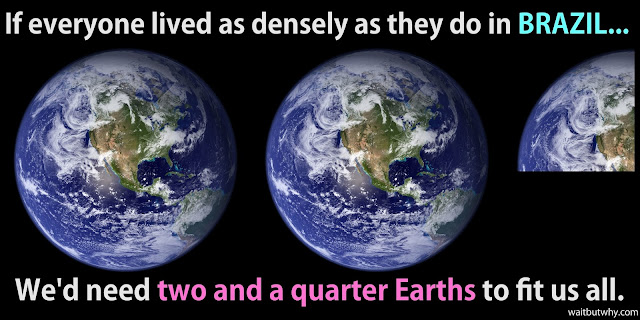 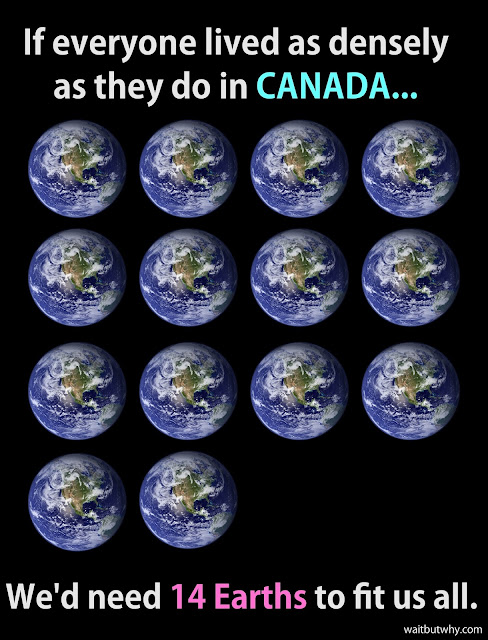 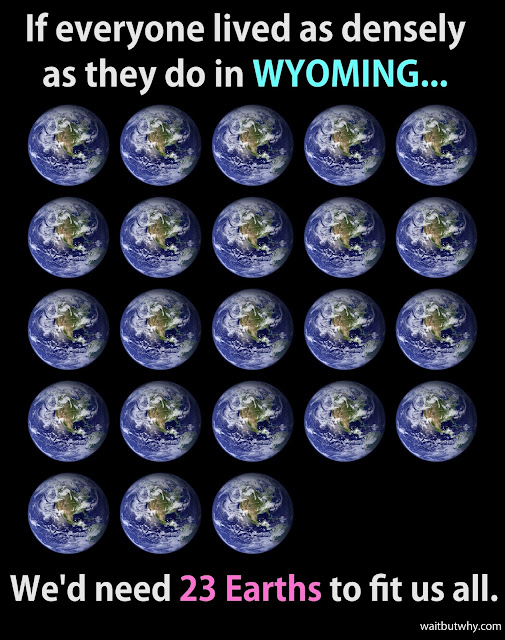 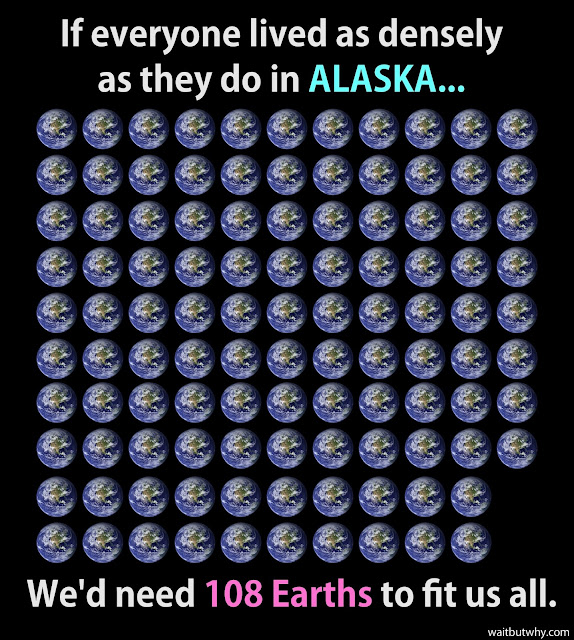 What Does a Quadrillion Sour Patch Kids Look Like?
Putting Time In Perspective
Your Life in Weeks