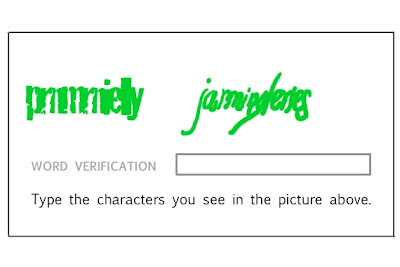 There’s just no need for this to exceed a certain level of difficulty. Spam robots aren’t that good. There are plenty of easy word verifications out there, so we know they don’t need to be impossible.
2) Waiters Reciting Specials Out Loud 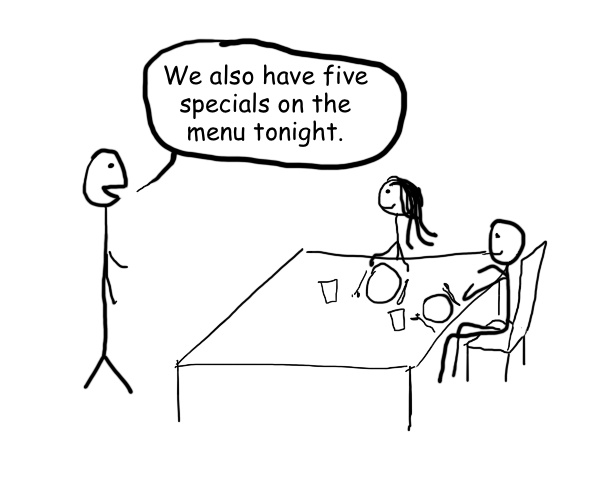 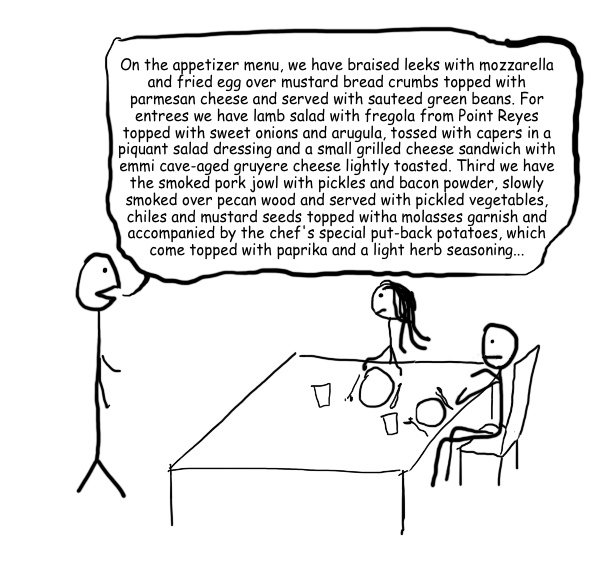 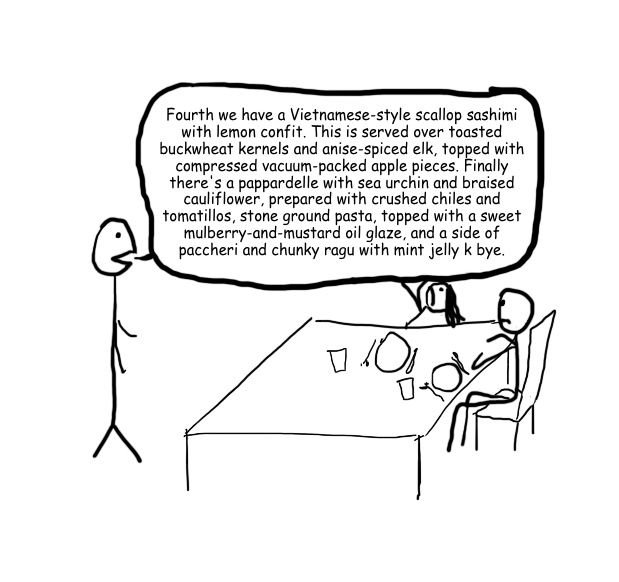 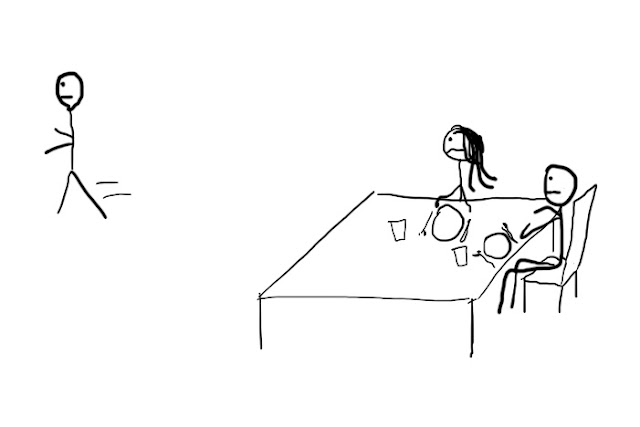 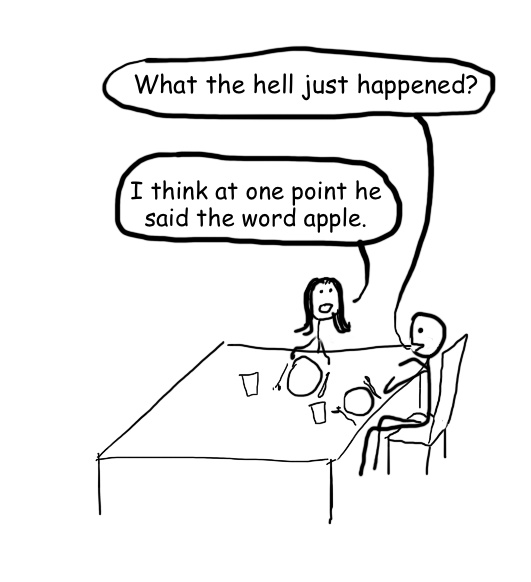 This is one of those situations, like wine bottles continuing to use corks instead of twist tops, where progress has ground to a halt because there’s a fear of being perceived as tacky if an idiotic system is improved upon. Everyone would be happier if specials (and their prices) were printed on a sheet of paper: Customers could actually examine the specials and decide intelligently about them, waiters wouldn’t have to memorize 800-word descriptions each night, and the restaurant would end up selling more specials (which are usually on the pricier side).
3) The Door Close Button on Elevators 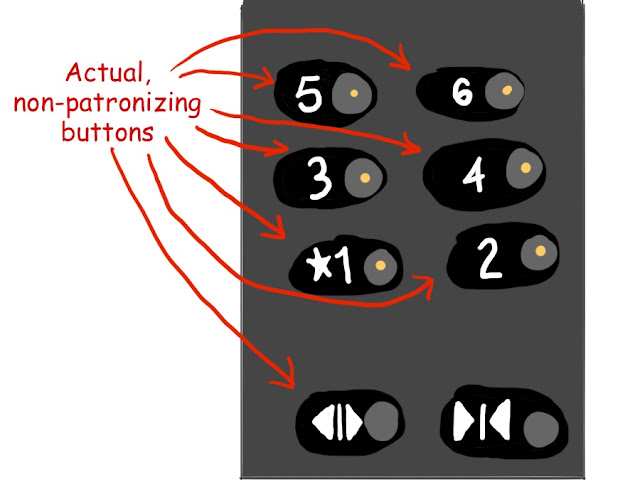 Are we all totally clear that this button has no function? Not like, “Oh the door close button is kind of unnecessary.” No, it’s literally a fake button—it’s not wired to anything. So why the hell is it there, on the panel of every elevator? Did elevator designers detest a lack of symmetry? Are they just patronizing us, letting elevator-riders adorably play make-believe by pretending that they’re the ones closing the elevator door?
The other inane elevator button press you’ll see constantly is people pressing the button of the floor they’re going to, even though it’s already been hit by someone else. Not sure why people do this—do they think that it might hurry things up somehow? Do they want to make sure the other people in the elevator have a sense of their plans?
4) Sinks with two faucets 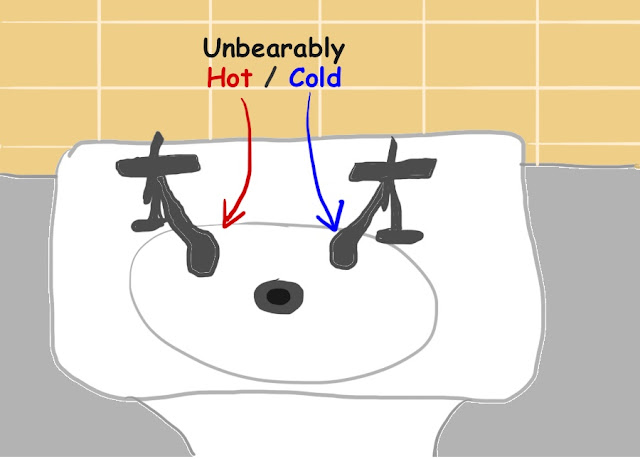 This is probably an old faucet thing. But I’m not sure why it would have ever been a thing at all. It’s not complicated technology to combine two pipes into one and make the sink usable.

5) Train Transportation Costing Twice as Much as Flying 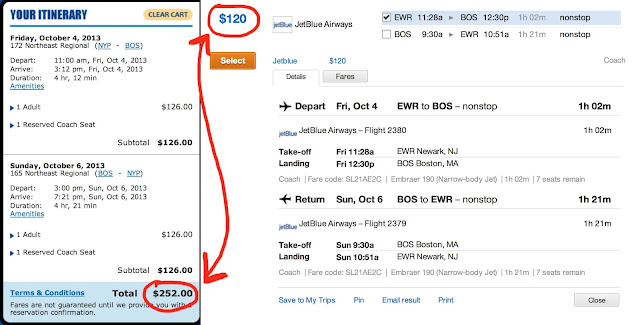 Here, side by side, you’ll see the price of a NY-Boston Amtrak round trip (normal, not Acela) and a NY-Boston round trip flight for the same exact dates. The train costs more than double the flight.
Huh? Why? Do I get my own room on the train?
A JetBlue plane can fit 100 people and currently charges $60 for the ride, which totals to $6,000. An Amtrak train can fit 220 people and charges $126, which totals to $27,720. Really? Amtrak needs over four times as much money to roll a train down the track as JetBlue needs to heave an airplane through the sky?
6) The English Language Forgetting to Implement Gender-Neutral Third-Person Singular Pronouns 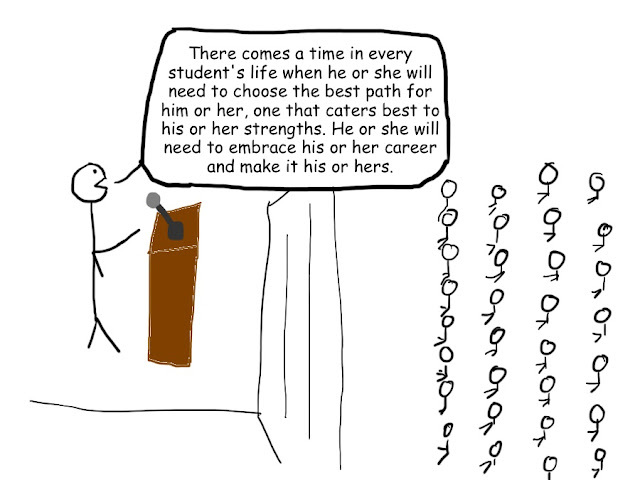 Not impressed, English. This is an obvious thing to have when you’re a language, and now we’re all suffering because you decided to just skip it.
7) Automated Phone Systems Needing Closure at the End of a Call 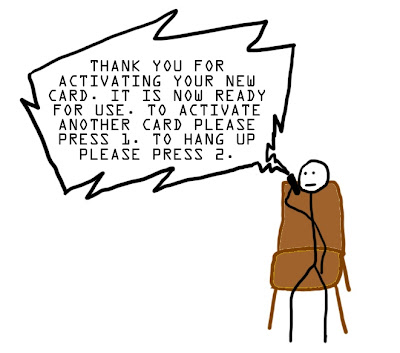 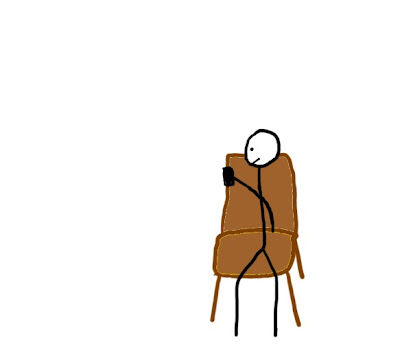 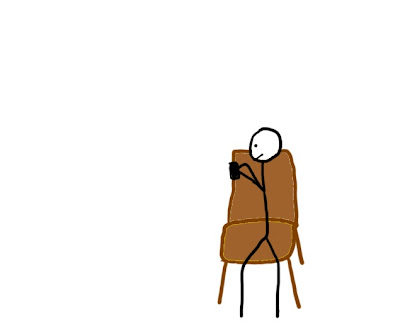 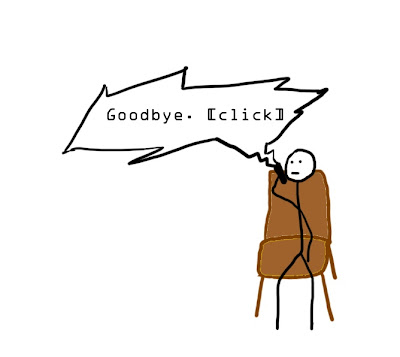 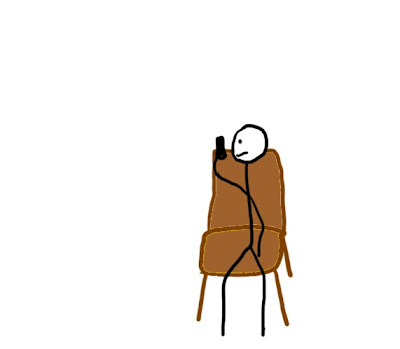 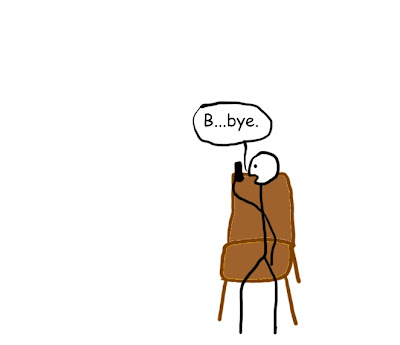 There are more than enough people you have to coddle in this world already—we could really do without the automated phone lady being particular about getting a proper goodbye. But now I find myself legitimately feeling a pang of guilt about just hanging up on an automated system when I’m presented with an option “to hang up,” because the system is making its emotional needs clear.