New to the Dinner Table? Here’s the deal.

You know that place you went to that time by accident and it turned out to be awesome? Tell us the deal so that we can go.

Just now realizing the beauty of this question in that it’s actually useful for people when you answer but it’s also a great opportunity to brag about places you’ve been. Win-win. I have four that I couldn’t decide between so I’m putting all four:

Kyrgyzstan: Song Kul Lake yurt stay[footnote2]I took a lot of pictures, but none were as good as this one from this Kyrgyz site.[/footnote2] 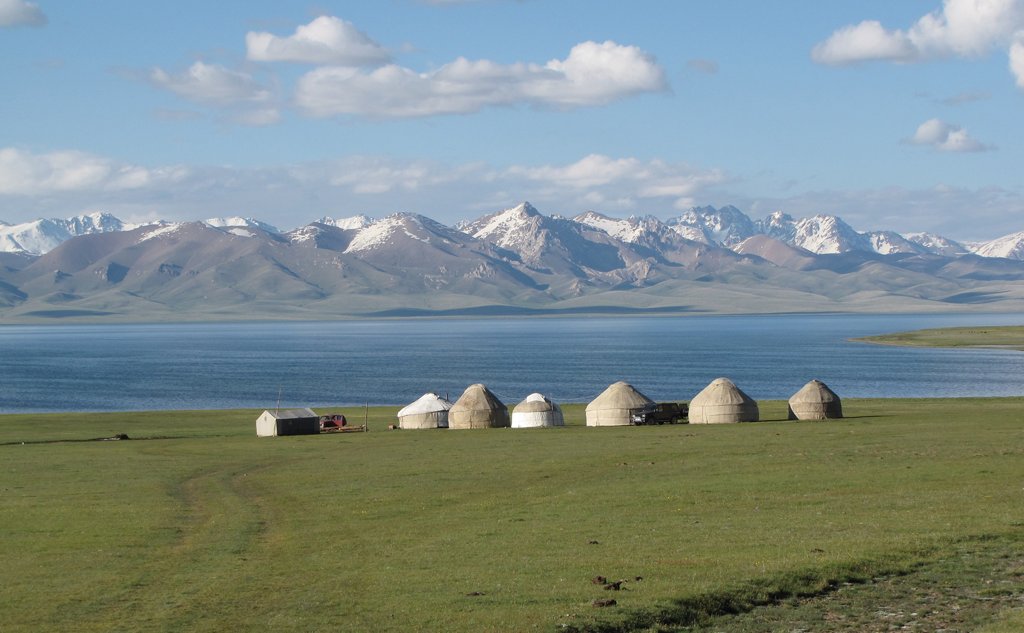 There’s a good chance you don’t know much about Kyrgyzstan. But it’s actually a pretty cool country to visit. The highlight of the trip I took there was the two-night, three-day stay I did in a yurt on a little alpine lake called Song Kul. The lake is gorgeous, but the cool part is the fact that you’re on a vast open plain (called a jailoo)—the kind of plain so big that you see a hill over there and decide to walk to it because it seems like a 20-minute walk away and it’s actually a four-hour walk away.

The jailoo is dotted with a few yurts (i.e. little dwellings made of sheep skin), some animals, and a small handful of very non-English-speaking resident shepherd families. When I was there, they were having their weekly horse race around the open plain, and I also had a chance to try the Kyrgyz national drink kymys, AKA fermented mare’s milk, AKA a drink you should not drink if you’re not from there, AKA it ruined my life for the next six hours. Fascinating all around, and super relaxing. I gathered some pics of mine here, if you’re interested.

You can do a Song Kul Lake yurt stay the normal way (get a tourist agency in a nearby city to set it up) or the Tim-the-25-year-old-backpacker-who-just-went-there-without-a-plan-and-then-figured-it-out-once-he-got-there-because-he-was-thrilled-with-himself-and-his-little-backpack-and-his-little-adventure way. However you get there, you definitely won’t regret it, unless you drink the kymys they offer you.

Myanmar is a hugely underrated and under-visited country. A lot of people visit places like Thailand hoping to end up in a faraway Buddhist country, but then, at least in the popular spots, it’s pretty full of tourists and you suspect a lot of what you’re seeing is there for tourists more than anything. Myanmar is actually the faraway, quiet, magical Buddhist country you envision existing somewhere. Barely any tourists anywhere, the nicest people on the planet, and nothing could feel farther from where you’re from—or at least, where I’m from.

Anyway, if you can handle going during by far the hottest month (April), you should make sure to go during the four-day annual water festival (their new year celebration). It’s literally a four-day water fight in the streets. I ended up in the capital (Yangon) in the back of a pickup truck with a bunch of hard-core teenagers as we drove around the city and got sprayed by fire-department-grade water hoses. It was painful and horrible and also really extremely fun and hilarious. I’ve never been part of anything like it. Highly recommend. 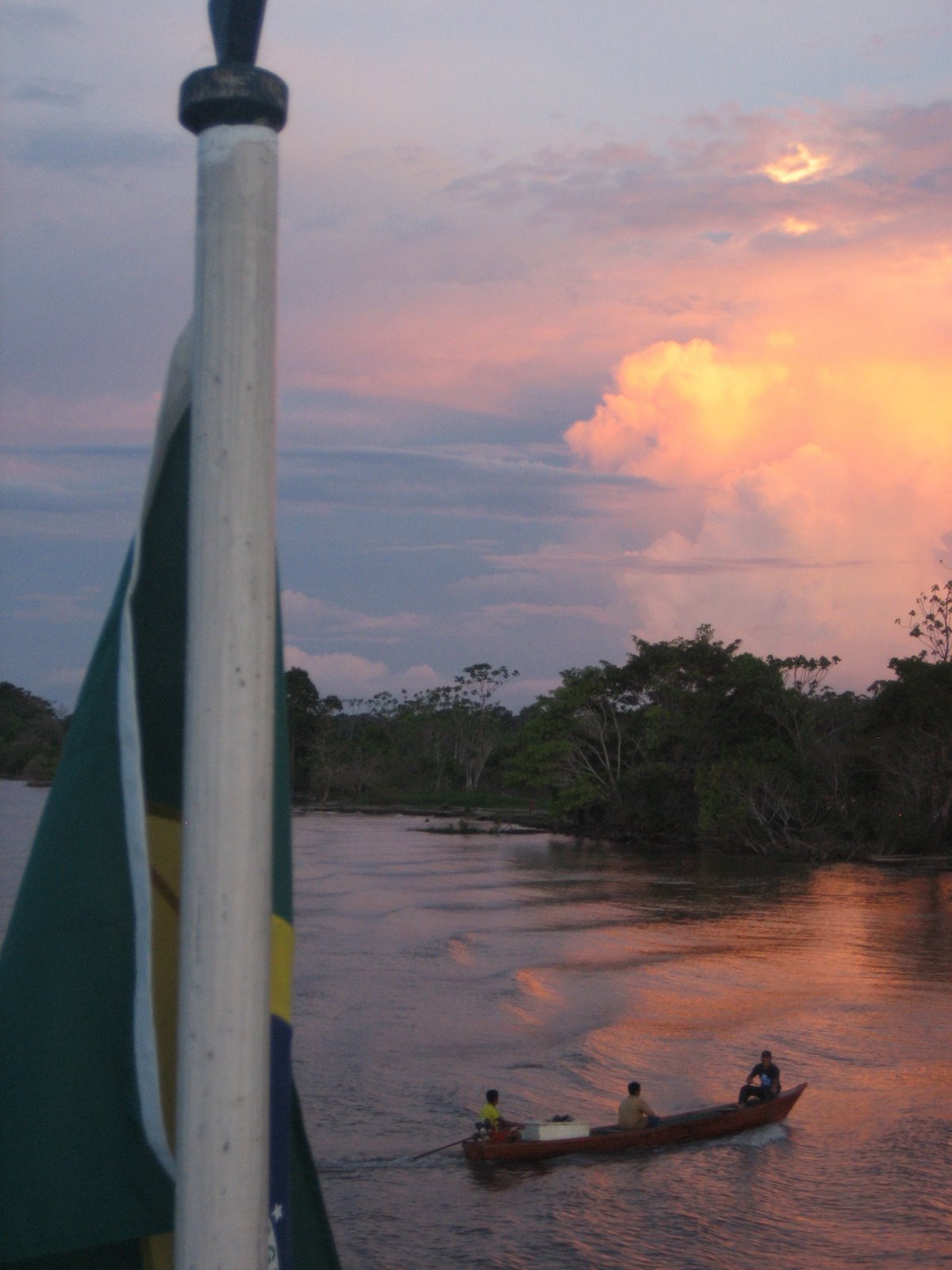 Start in Belem in the Northeast of the country, where the Amazon meets the Atlantic, and take one of the many commuter ferries either all the way or part of the way to Manaus (a sizable city smack in the middle of the Amazon jungle). Going to Manaus for a jungle excursion is a thing people know about, but getting there by commuter ferry is I think pretty odd and random. But I loved it. You’re with a bunch of commuting Brazilians and everyone sleeps in suspended hammocks (here’s a pic I took from my hammock) and you see deliciousness like this and this go by the whole time. I was on there for about four days and read like five books and thoroughly enjoyed myself. 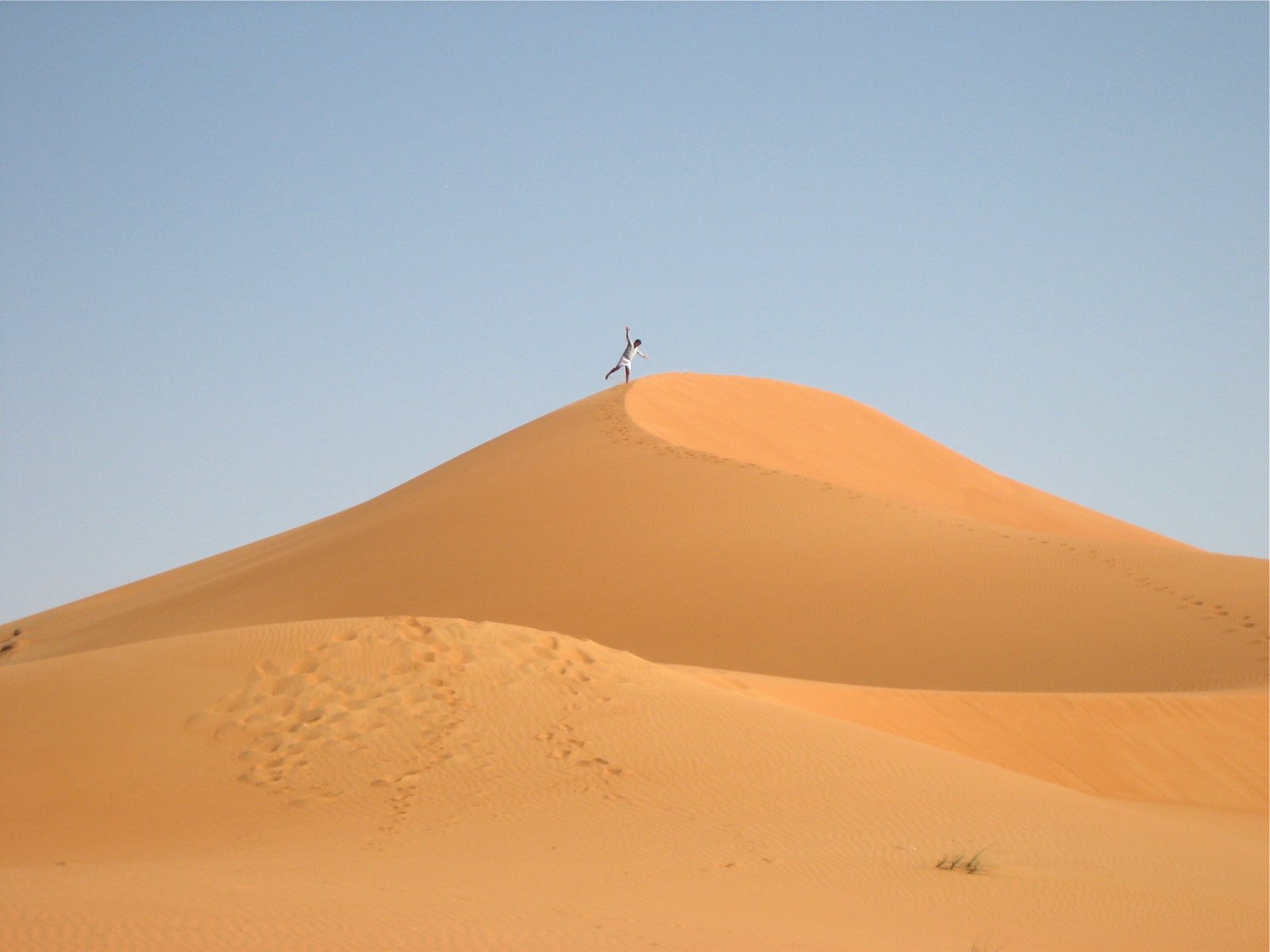 There are a lot of good things in the world but nothing is better than sand dunes. Especially the unbelievably huge, empty, silent, super-fine-sand sand dunes I went to in the UAE. The basic idea is: Drive out of Dubai on the highway toward Saudi Arabia (we took E77 and followed signs to Al Qudra), wait till the highway ends (and if things have changed and it doesn’t end, then probably make sure you don’t go all the way into Saudi Arabia), then park and hike into the dunes for like 20 or 30 minutes. Bring camping stuff and logs. When you find a good flat spot, set up camp and make a fire before it gets dark—cause shit gets dark. Then run around and play and use the light of the fire (which you can see flickering against the walls of the dunes from far away) to eventually find your way back to your sleeping mat/bag (no tent needed). In the morning, run around and play again. Then leave. You will be very, very happy if you do this.

If me talking about places is something you’d like more of, I wrote five big WBW posts about five different countries I went to (Russia, Japan, Nigeria, Iraq, Greenland) over the summer of 2014.

You can sign up for the Dinner Table email list here to be notified about the new topic each week, and remember to submit future topic suggestions to table@waitbutwhy.com. Oh also – this is the 50th Dinner Table. Cheers!