Before I get into the question, just want to say that last week’s Dinner Table was awesome. So awesome that it’s made us want to build something new on the site so we can see a lot more where that came from. Stay tuned.

Thanks to Andrew Snyder-Beattie for introducing me to this thought experiment.

You’re an omnipotent god, and you’re told by your boss that you have to create an infinite checkerboard—one that extends forever in every direction in a 2-dimensional plane. You’ll then create an infinite number of new humans and put one on each square of the board, where he or she will live forever. Both the board and the lives of the humans on it will exist for an infinite eternity of future once you make them. Your boss gives you two options for the type of board you create:

Board 1: Sad with a drop of happy

The first option is a board where each and every one of the infinite number of humans you create on the squares is in a constant state of sadness and horrible suffering. But after you create the board, you’ll be able to use a medicine dropper to squeeze a single drop of happiness somewhere on the board. The drop of happiness will immediately begin to expand outward in all directions, and each time the drop’s expanding circle hits a new square, the person on that square suddenly becomes overwhelmingly happy and fulfilled and free of all suffering, and they’ll stay this way for the rest of eternity. The happiness drop will continue expanding outward for eternity. 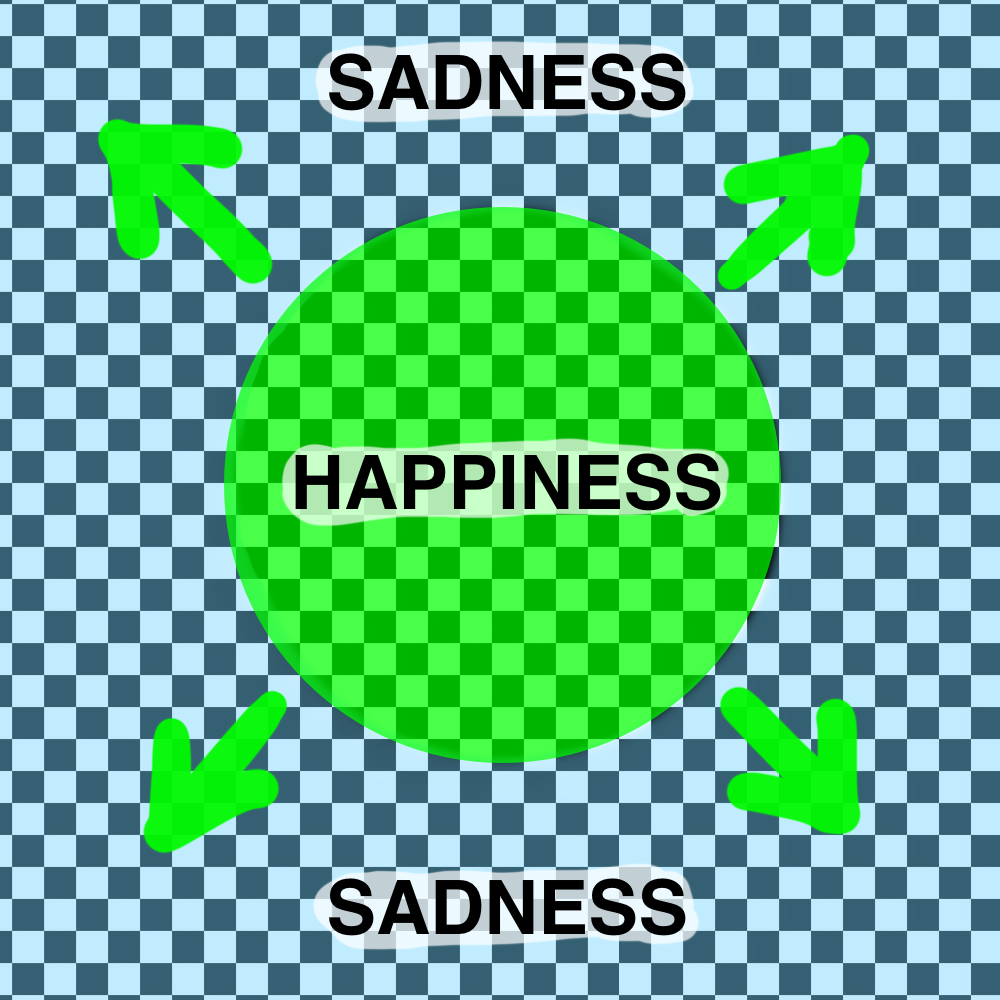 Board 2: Happy with a drop of sad

The second option is the exact opposite. The board you create is full of an infinite number of blissfully happy people. But for some odd reason, your boss insists that if you choose this option, you’ll have to use that same medicine dropper to squeeze a drop of sadness onto the board, which will immediately and rapidly expand outward in all directions and continue for eternity. Each time the drop’s reach covers a new square, the person on that square becomes unbelievably sad and full of the worst suffering, and they’ll remain that way forever thereafter. 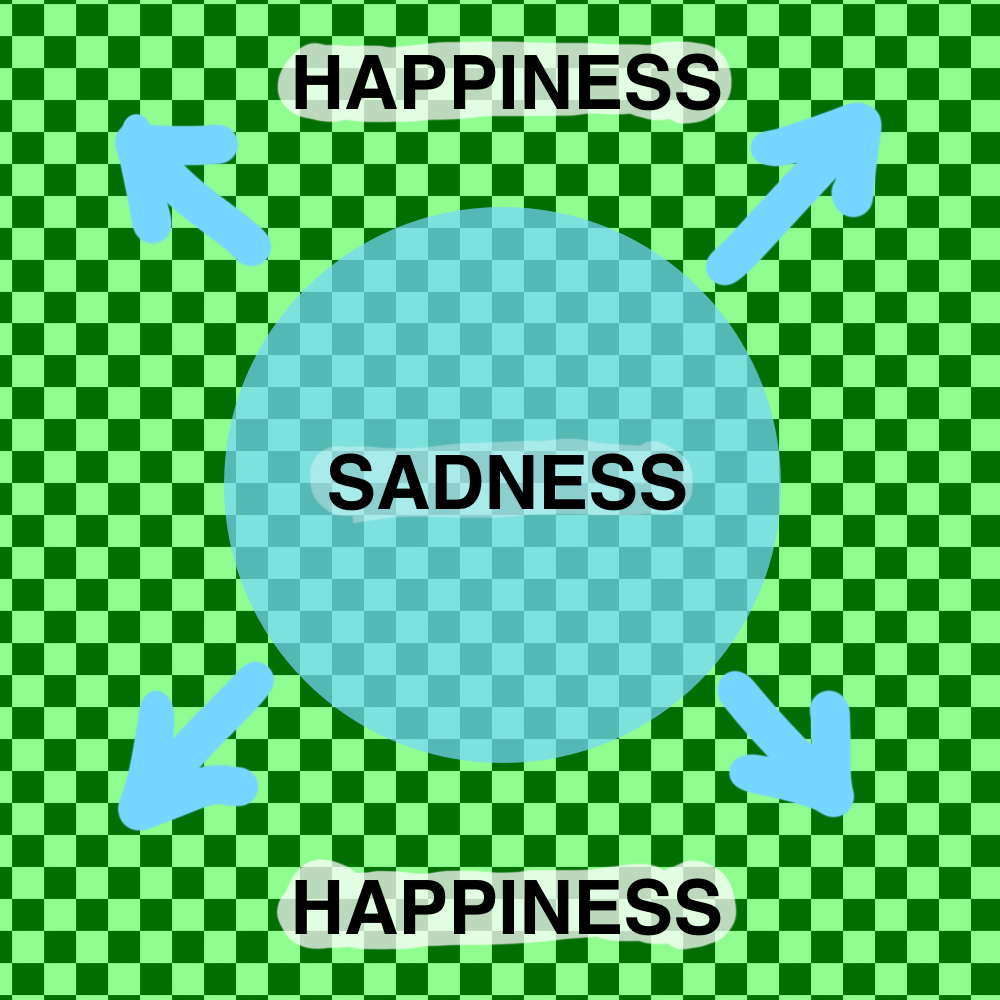 The question for you is two-fold:

Question 1) What is the better moral choice? As the omnipotent god, which board would you choose to create?

Question 2) If instead of being the god in control, you were told you were going to end up as one of the eternal humans on the board some other god creates, which board would you want that god to choose?

Tim’s Answer: This is a head-spinner. The issue with the happy board is that everyone on it is happy at the beginning but at some point that will end. And once it does, they will be sad forever thereafter. So each person is happy for a finite amount of time and then sad for an infinite amount of time.

Now let’s look at Question 2. From a theoretical standpoint, before making your choice, the happy board seems to make more sense. Because no matter how far into the future you go, someone on the happy board is far more likely to be in the infinite happy region than the finite sad region. Think of it this way—what if instead of being placed permanently on a board, I told you that both boards existed and that you would have to choose which one on which to spend just one hour? If your hour happened to be on a sad square, it would be a terrible experience. If it were on a happy square, it would be one of the best hours of your life. But the thing is, whichever board you choose, both the square you’re placed on and the amount of time that will have passed since the drop first fell will be randomly-selected. So you can choose the happy or sad board, but at that point, you don’t know where you’ll be placed on the board, and the time that had passed since the drop fell could be seven hours, 100 quadrillion millennia, or something much larger.

If you’re being logical, it doesn’t matter how much time has passed—it’s always a much better choice to pick the happy board. At any given hour in the future, a randomly selected square on the happy board is overwhelmingly likely to leave you with a happy hour, and the opposite is true on the sad board.

Well, no. Because as soon as you’re actually on the board, the logic reverses.

This is true even though if you had to just go onto either board for one hour, or one month—or one 100-trillion-year period—probability says you’d be insane to pick anything but the happy board.

The thing that’s so hard about this problem is that it pits infinity of time against infinity of space. And depending on which question you’re answering, one wins out over the other. In Question 1, as the god, you’re only concerned with infinity of space, because that factor says that no matter how much time passes, the happy board will always be mostly full of happy people. Time becomes irrelevant.

And if, as an individual, you were just being placed on the board for a finite period of time, you’d be thinking like the god. Infinity of space would rule the day, and you’d choose the happy board.

But as an individual permanently on the board, as in Question 2, infinity of space suddenly becomes irrelevant to you because the only space you care about—the distance between you and the outer edge of the drop’s circle—is now finite. What becomes super relevant is infinity of time, which no finite space is any match for.

If you’re concerned with infinity of time, you pick the happy drop. So the logical answer to Question 2 is the sad board.

The troubling thing about this problem is that it makes the correct choice for the god the incorrect choice for each and every one of his subjects. And if, as the god, each individual person would rather you choose the sad board, can it still be called moral to choose the happy board? As a friend of mine asked, “How can it be morally right for god to create a world that no one would want to live in?”

On top of the mind-bendingness of this problem in general, this final question has me considering all the ways in life that collective action can be problematic. The infinite checkerboard quandary is a good thing to keep in mind when looking at how societies function—if we’re aware of this odd phenomenon, we’ll be better equipped to address it when it occurs in the real world.