On a recent Dinner Table, we asked the question, “How okay is it for a parent to spank their kid?”

Over 400 people chimed in, with strong opinions across the spectrum. We wanted to know more, so we created a survey and sent it out to the Dinner Table email list.

2,657 people from 85 different countries took the survey (43% from the US, 57% from outside the US), including my new favorite person, someone who submitted their responses from the geographic South Pole in Antarctica.

Below is an analysis of the results, put together and written by Alicia.1

The survey had 13 total questions. The main question—“How okay is it for a parent to spank their kid?”—had five possible responses:

1. Age = Experience. There was a correlation between age and having been spanked: older respondents were significantly more likely to have been spanked at least once as a kid. You can see the green slowly taking over bigger pieces of each column as you move right on this graph: 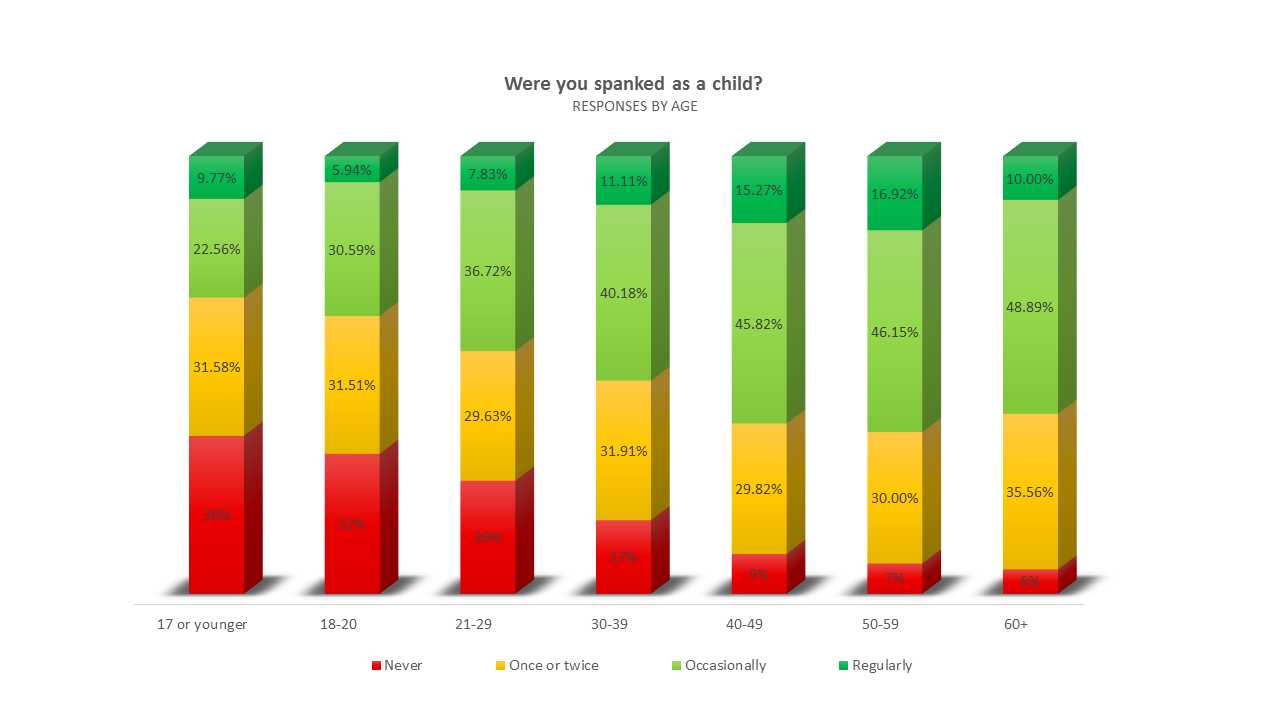 And the difference is even more clear when you split everyone into two groups—over and under 40: 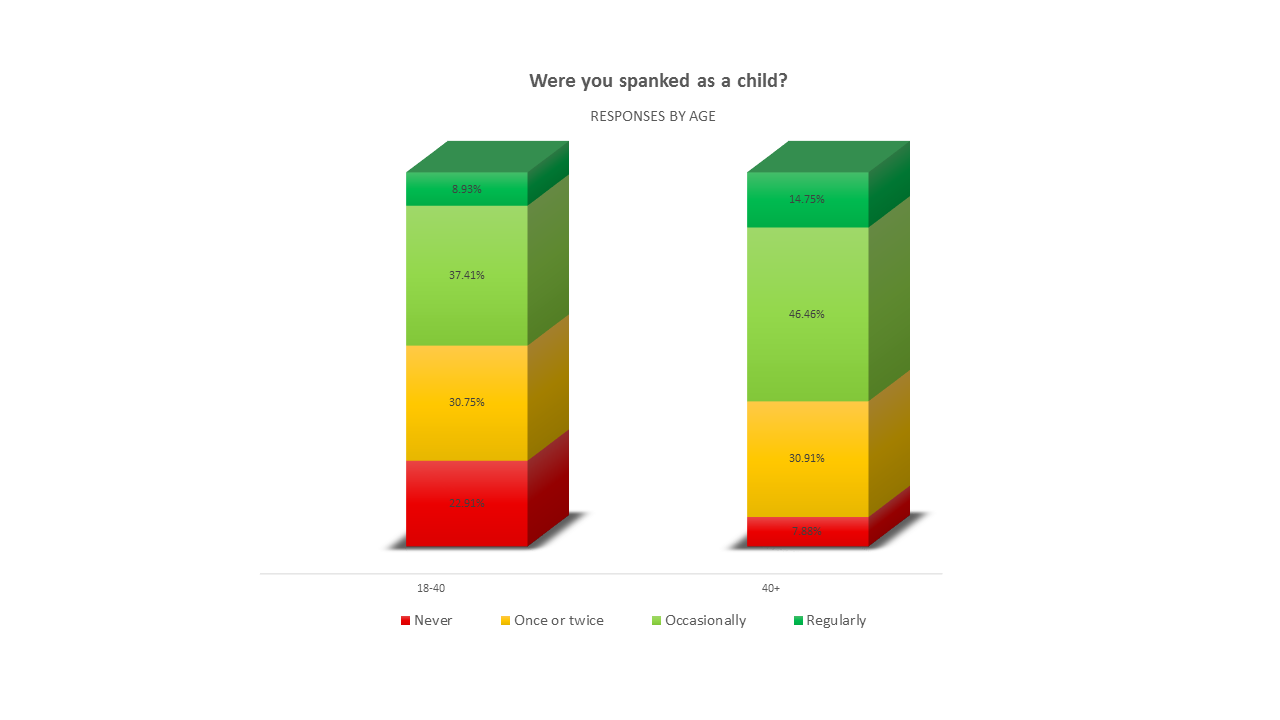 2. Experience = Attitude. People’s opinions on spanking pretty reliably matched up with their own experiences. This graph shows answers to “Is it okay for a parent to spank their child?”, where each column represents a response to “Were you spanked as a child?”: 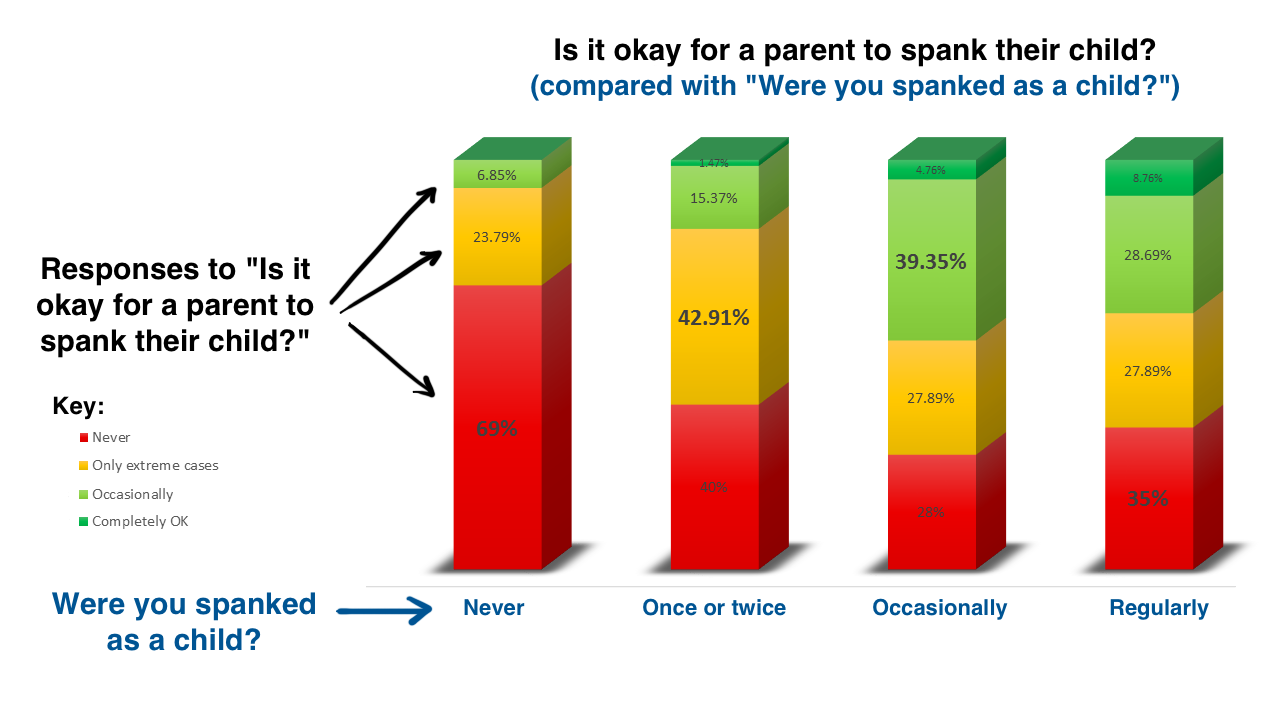 The most popular opinion for each group was the one that corresponded to their experience—if someone was never spanked as a child, they probably said that it was never okay for a parent to spank their child.2 This is true for every group except the people who were regularly spanked. Even though they were more accepting of spanking than people who were rarely or never spanked as kids, the regularly-spanked-as-kids participants most commonly said that spanking is never okay—the same most common response as the group that was never spanked. 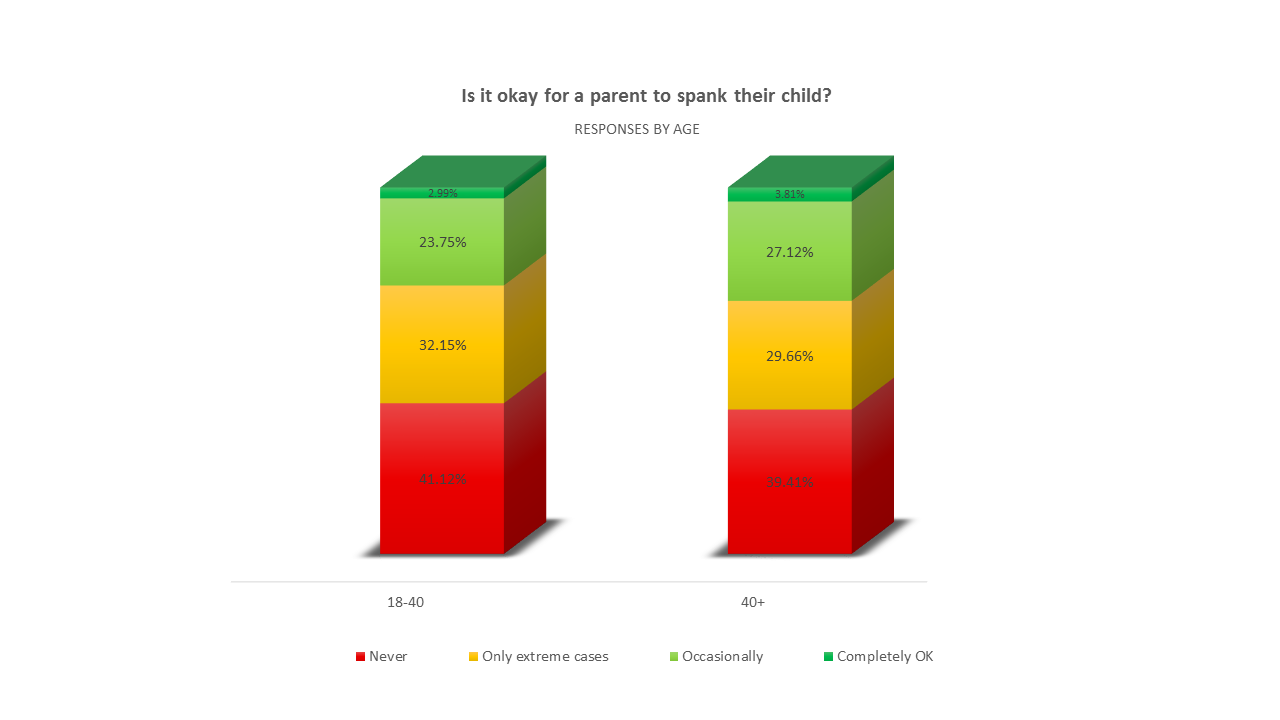 Makes sense when you remember that the downward trend in being spanked had to start with a generation of parents that decided to stop spanking their kids. 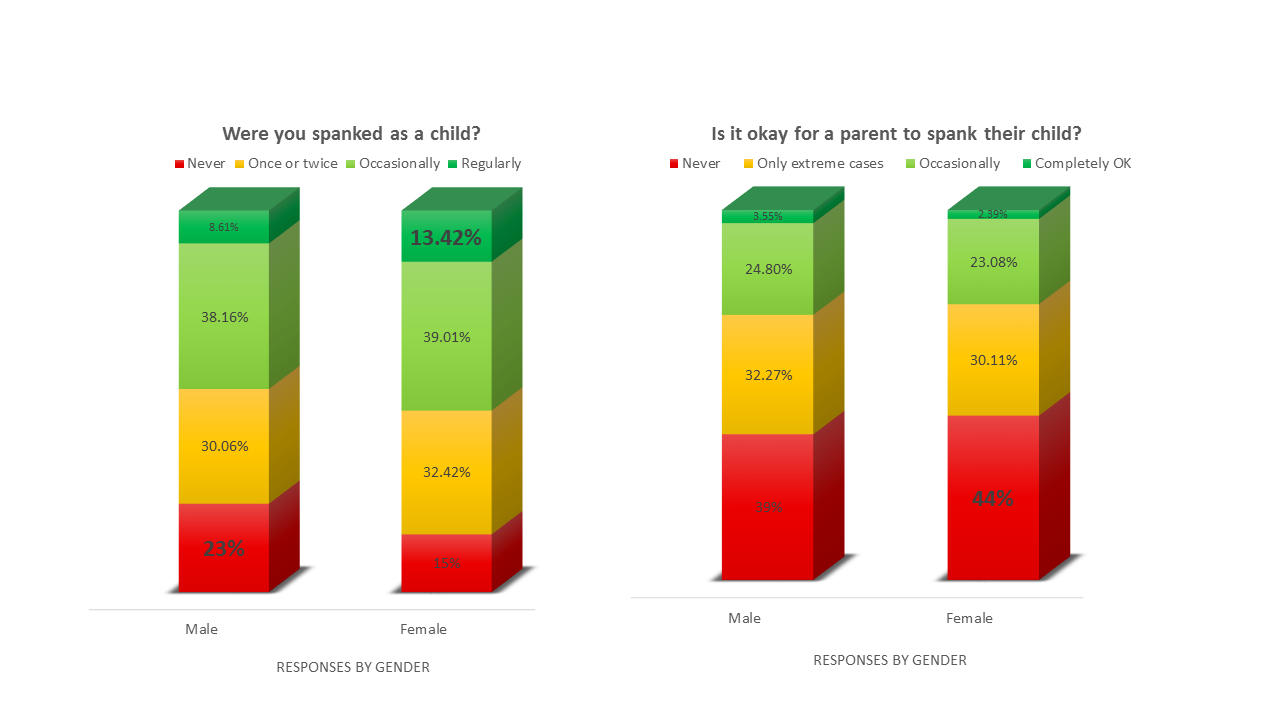