Welcome to Mini Week, a week where I’m writing a new mini-post for each weekday. Good idea? Terrible idea? I’m not sure. But based on feedback and whether or not doing five posts in a week makes me die, it can be a one-time thing or something that happens again. Either way, off we go.

You’re wandering through a faraway land one day when you pass a plum tree. Excited, you pick a plum from the tree, but just as you’re about to take your first bite, you’re confronted by a nearby man.

“You stole one of my plums,” he says.

You try to give the plum back and explain that you didn’t mean to steal from him, you just really like plums so you picked one.

“Those aren’t mutually exclusive,” he says. “It sounds like you both really like plums and meant to steal one from me.”

“The penalty for stealing plums in our faraway land is death,” he says. 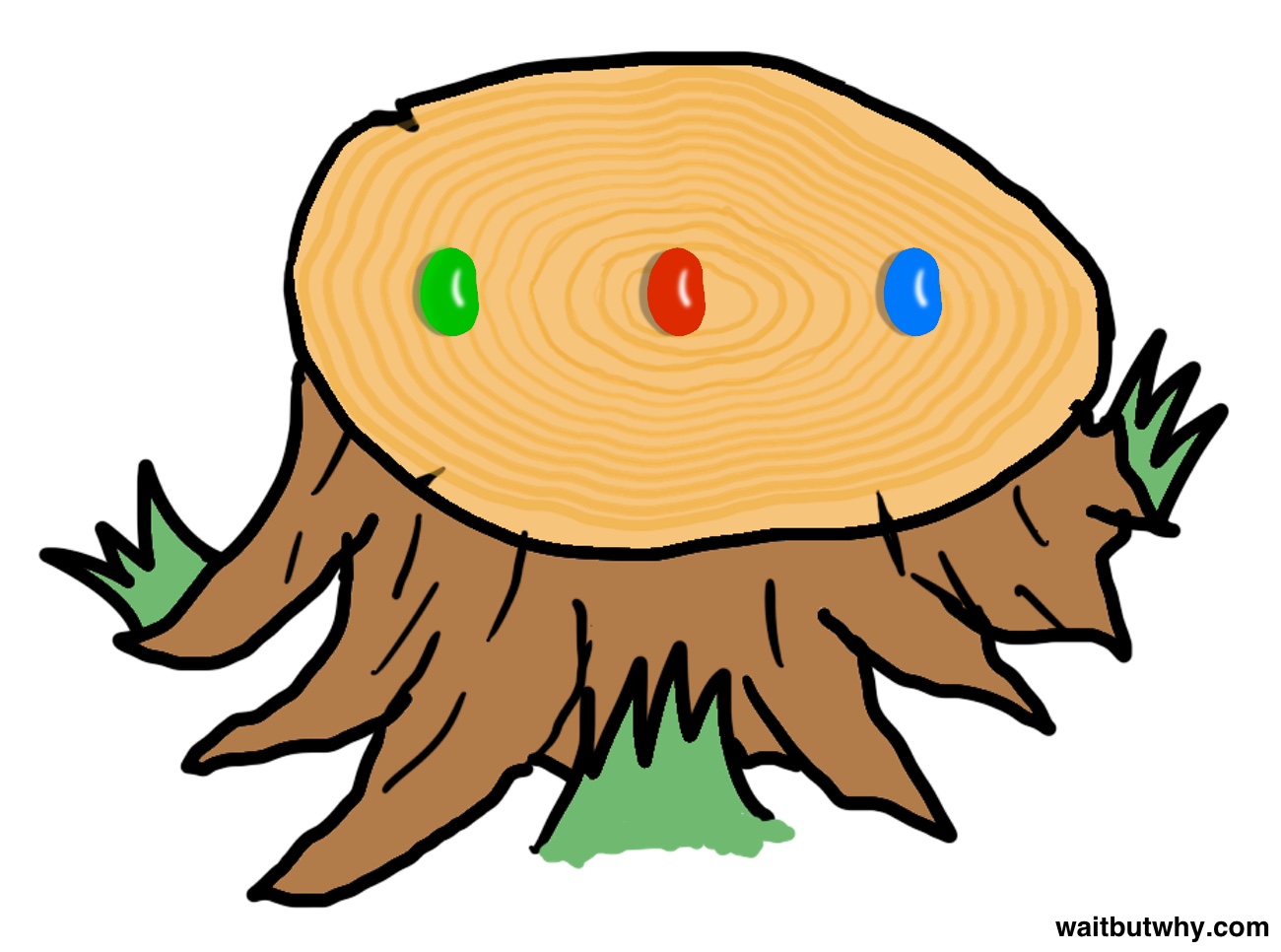 “Cool,” you say. He tells you it’s time to choose a jelly bean.

You choose the green one. 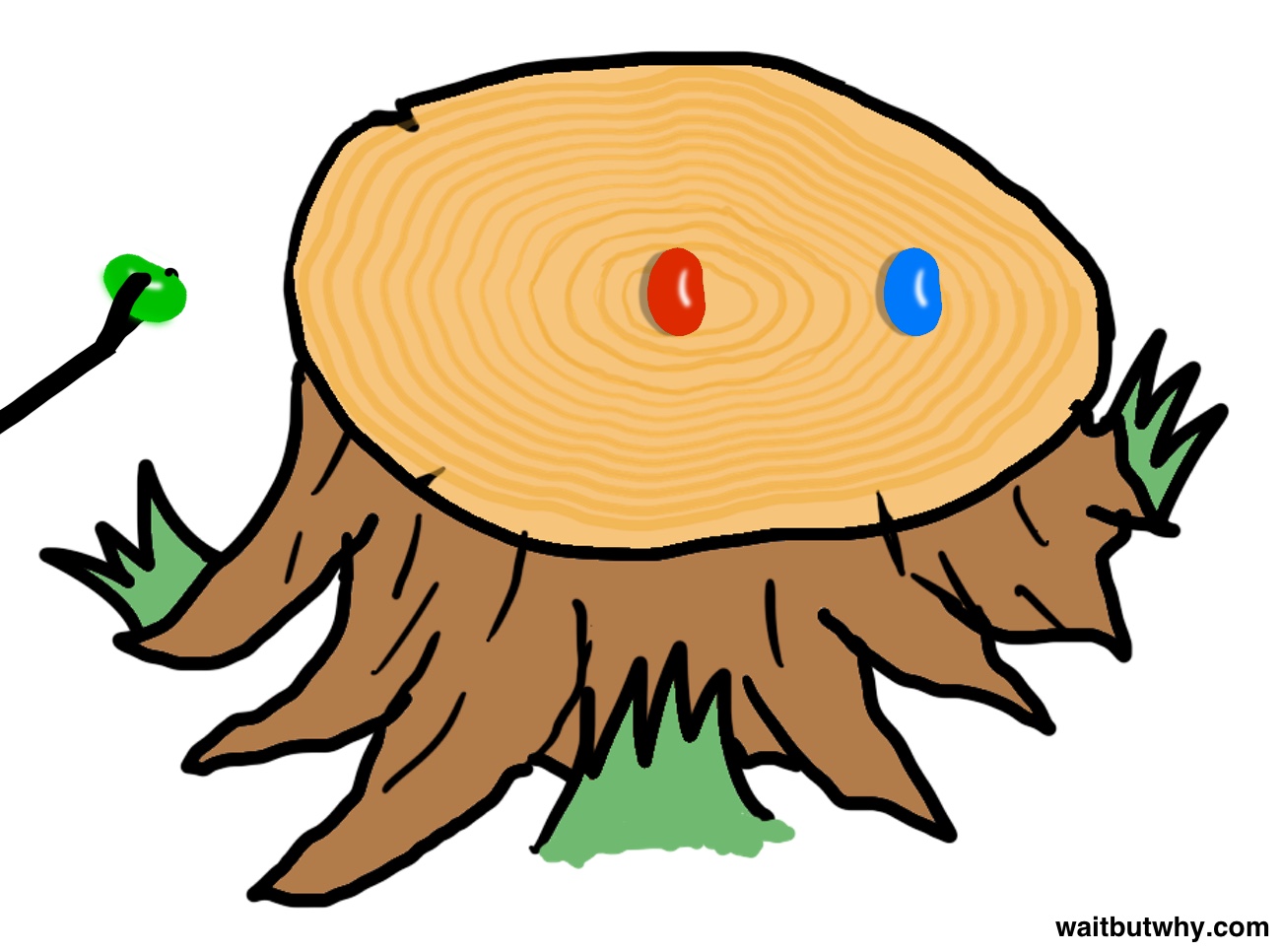 Before you put it in your mouth, the man stops you and says, “Wait a minute—there’s one other little tradition we have that we do with each prisoner. Hold on to your jelly bean. I’m going to remove one of the other two jelly beans and put it back in my pocket, and I’m going to remove a poisonous one. I know which colors are poisonous and which aren’t, and one thing I can tell you is that blue jelly beans are poisonous.” 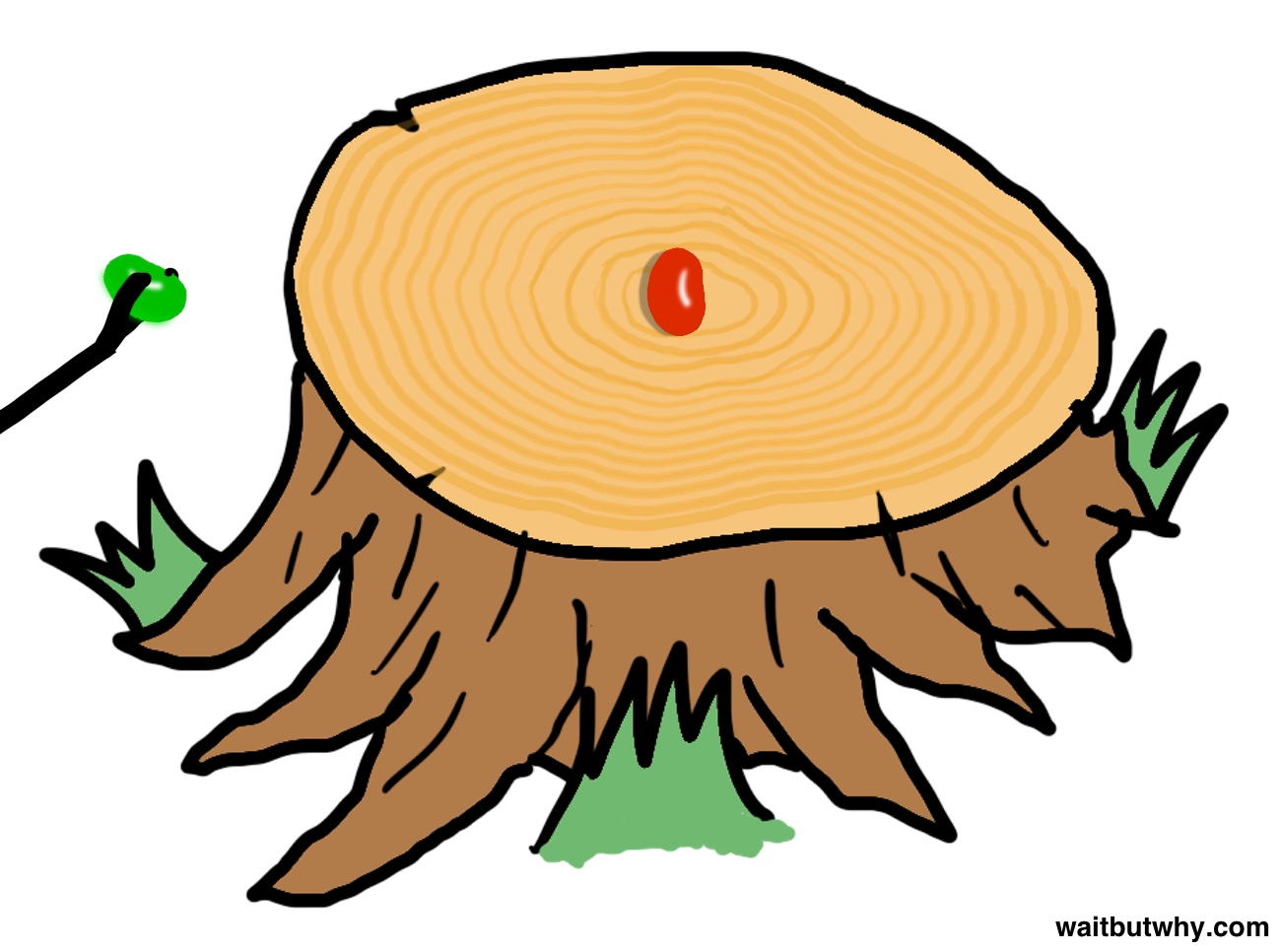 “Okay, time to eat your jelly bean,” he says. “Oh and we also always allow prisoners to change their mind up until the last second, so if you want to switch to the red one, you can. I don’t care. But you need to eat one of them in the next 10 seconds.”

So the question is—which jelly bean do you eat? Does it even matter?

Stop and think about what you’d do in this situation before moving on.

Here’s the weird thing about that question—yes, it matters. It matters a lot. Knowing only what you know in that situation, there is one clear choice: the red jelly bean.

The green jelly bean is double as likely to kill you as the red jelly bean. Here’s why:

As many of you have figured out, I didn’t make this up. Well, I made the jelly bean story up—but it’s just my own version of the famous Monty Hall problem, which was popularized by Marilyn vos Savant in her Ask Marilyn column in 1990.

Monty Hall was the host of the game show Let’s Make a Deal, and one of the games went like this:

Behind one of them is a new car. Behind each of the other two is a goat. You get to pick a door, and if you pick the door with the car behind it, you win the car.1

You pick Door 2, but before you have a chance to open the door, Monty, who knows which door contains the car, tells you he’s going to release a goat from behind one of the two doors you didn’t pick. He opens Door 3 and a goat comes running out.

He then gives you an option to switch from your original choice before opening a door.

Marilyn explained the problem and then explained why it was definitely the right choice to switch to Door 1—because if you were wrong in your original choice of Door 2, then the car will be behind Door 1. And there’s a 2/3 chance that you were wrong.

But over the next week, Marilyn received over 10,000 letters, including over 1,000 from PhD’s—and almost all of the letters were berating her for her huge mistake. One PhD put it like this:1

“You blew it, and you blew it big! Since you seem to have difficulty grasping the basic principle at work here, I’ll explain. After the host reveals a goat, you now have a one-in-two chance of being correct. Whether you change your selection or not, the odds are the same. There is enough mathematical illiteracy in this country, and we don’t need the world’s highest IQ propagating more. Shame!”

When people first hear the Monty Hall three-doors problem (or the Tim Urban inane jelly bean story), it doesn’t matter how smart they are—they almost always get it wrong and fervently believe that the final two options have an equal probability of being correct. Which is why almost everyone chooses not to switch their decision when given the opportunity.

One note is that this problem only works with three key conditions in place:

1) The host must always open a door, and it has to be one that was not picked by the contestant.

2) The host must know where the car is and always open a door with a goat behind it.

3) The host will always give you the option to switch your choice.

If any of those conditions isn’t there, the problem doesn’t work. For example, if the host doesn’t know where the car is and takes a guess by opening one of the other two doors, and a goat runs out, then it’s no longer better to switch your choice—it’s 50/50.2

A third version of this problem is the Three Prisoners problem, which I’ll explain in this footnote3 for those who are interested.

If you’re into Wait But Why, sign up for the Wait But Why email list and we’ll send you the new posts right when they come out. Better than having to check the site and wonder!

Oh, and the full Elon Musk post series is now available as an ebook.

If you liked this, you’ll probably like these other Wait But Why posts:

What could you buy with $241 trillion? – among other things, a pizza the size of Niger.

Graham’s Number: The biggest shit ever – seriously though.