There’s a section of the upcoming SpaceX post about the impending New Horizons arrival to Pluto, but since that’s happening Tuesday morning and the post won’t be up yet, here’s the deal:

New Horizons is a probe launched toward Pluto in 2006, and after almost a decade of whizzing through the Solar System, New Horizons will finally reach Pluto on Tuesday morning (July 14). The probe won’t land on Pluto, but it’ll do a close fly-by, snapping a ton of detailed photos in the process.

Why does this matter? First, Pluto is just kind of a hilarious concept in general. Second, I’m not sure people realize it, but every time you’ve seen a detailed photo of Pluto, it’s actually been an artist’s rendition, not an actual photo. That’s because Pluto is so far away that not even the Hubble Telescope that can show us detailed images of galaxies billions of light years away can see Pluto up close.

To put it in perspective: Pluto is 7.5 billion km away from us and it’s 2,368 km in diameter. Divide both numbers by a billion and it’s the equivalent of trying to get a detailed view of the surface texture of an object 7.5 km (about 4.6 miles) away that’s only 2.368 mm across. That’s like trying to get a good photo of coarse grain of sand hovering above 93nd St. in Manhattan using a telescope stationed on 1st St.—in dim light.

Up until this week, this is the best image we’ve had of Pluto: 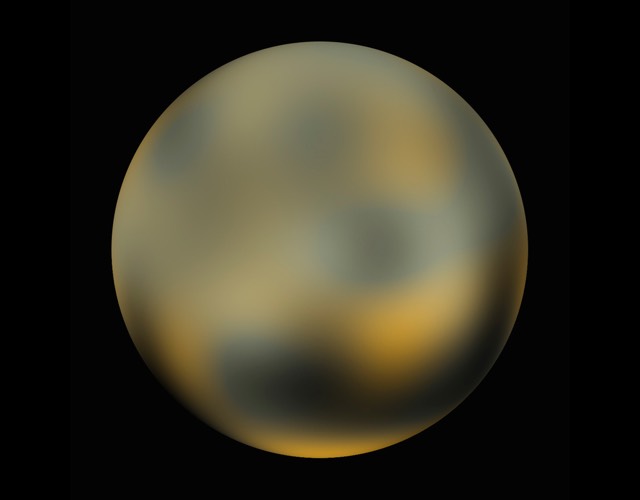 The last few days, as New Horizons gets closer and closer to Pluto, it’s been sending back better and better images—and each new image that comes in is the new best look we’ve ever gotten at Pluto. Here’s the latest: 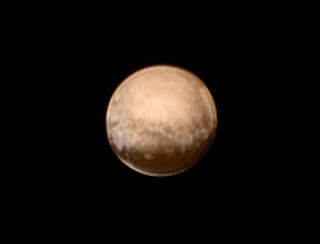 You can keep track of everything here. And here’s a more thorough explainer of all of this (via Kottke).