Here I am, working on my post and trying to figure out if AI is going to let me live forever or make everyone dead—and someone sends me this Buzzfeed article. There are some things that call for a work stoppage, and this is one of them.

The title of the article is 20 Slightly Incorrect Names For Food. The kind of thing your friend sends you and you click on it and read the title and then you’re just like, “Ahh FUCK. Okay fuck let’s scroll down through this whole thing now.” So I started scrolling. Let’s discuss (my thoughts in blue)— 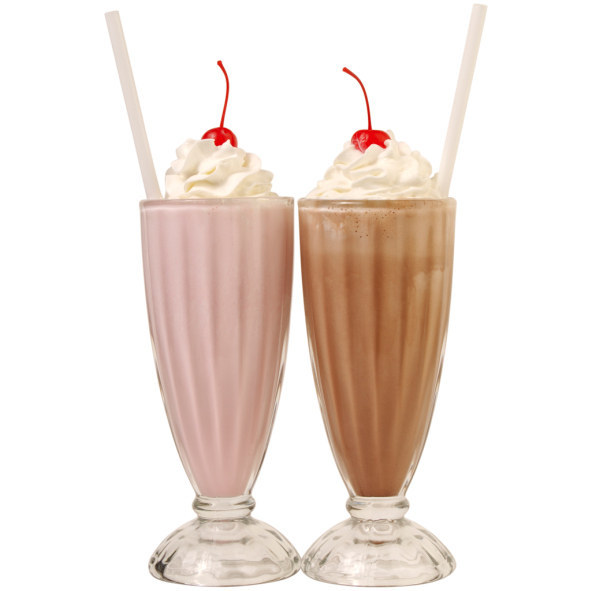 Okay so the author, Joanna Borns, has started off by taking a name of a food and changing one of the words to an unrelated word that happens to rhyme. It’s unrelated, right? Unless she’s suggesting that the straws resemble snakes? But that can’t be what’s happening, right? I’m probably missing something—let’s move to the next one. 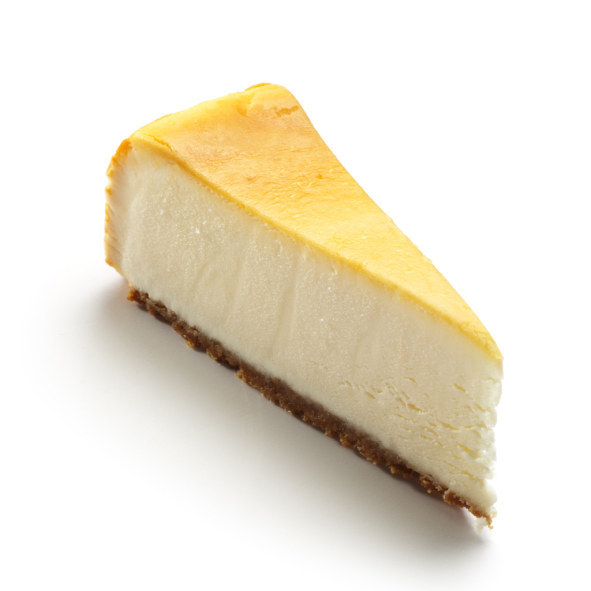 Hemera Boris Ryzhkov / Getty Images
Okay so it’s confirmed. Joanna Borns has been commissioned by the biggest website in the world to take normal food and change one word to an unrelated word that happens to rhyme.
Time for a scrolldown to see how many of these there are.
There are 20 of these. Now I’m leaning forward, suddenly fascinated that this is a thing that’s happening. 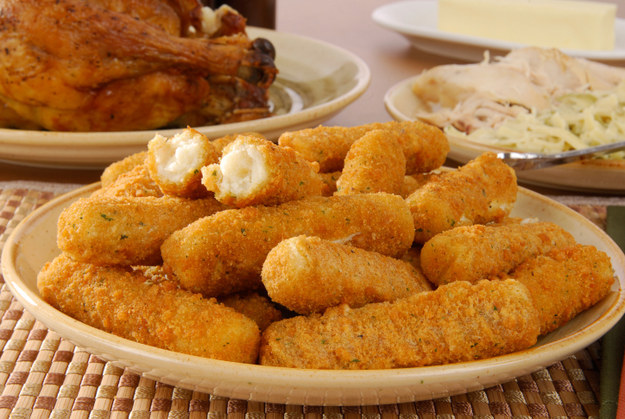 iStockphoto Mark Stout / Getty Images
Interesting. So here, Borns goes a different direction, replacing Mozzarella with Cinderella, presumably because the latter syllables of the two words match. She could have let it go there, but she decides to also change “sticks” to “steaks,” a word that doesn’t rhyme but just kind of sounds the same.
I’m taking a few seconds here to think hard about this. Is there some big thing I’m missing? Is there cheese in the story Cinderella and I’m forgetting? Are all these super clever references and it hasn’t clicked yet and once it does I’ll be like “Ohhhhh okay”? Still not sure. 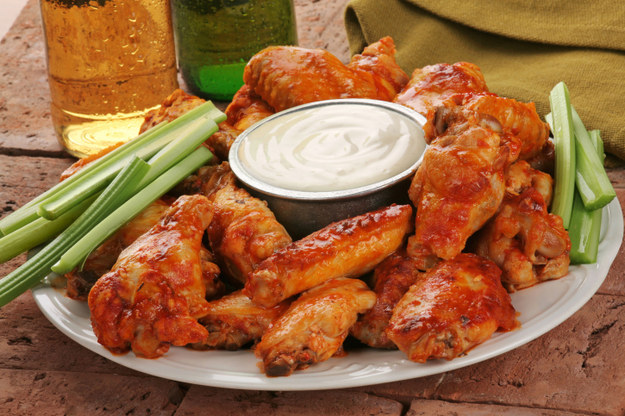 iStockphoto Jack Puccio / Getty Images
Buffalo Things. So Borns is back to the “change one word to an unrelated word that happens to rhyme” thing. It’s like she went out of the box on item 3 and then decided to get ahold of herself and go back to the original plan. 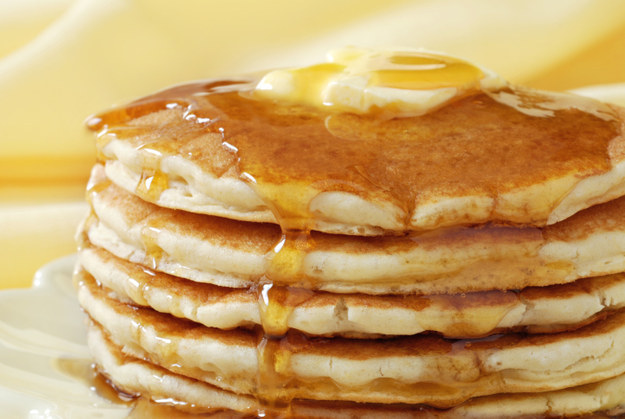 iStockphoto Marie Fields / Getty Images
Alright here we’re just changing the word pan to pen and calling it a day. She worked hard to get a job at Buzzfeed, right? You have to work hard to be a Buzzfeed writer, but then she gets there and she writes Pen Cakes for #5 and just moves on to the next one. 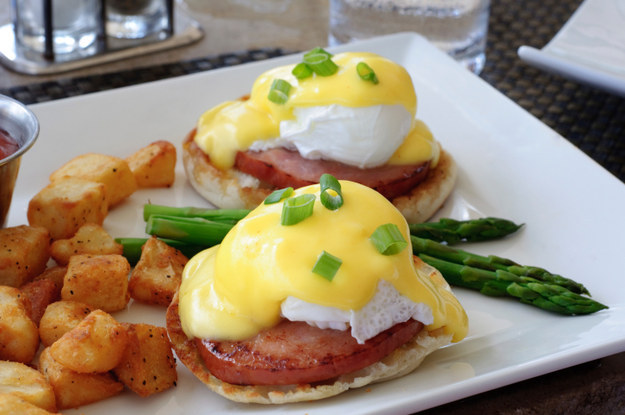 iStockphoto Marshall Turner / Getty Images
This one took me a minute. She’s also blurring the lines a bit here. When we were on Cheese Quake and Pen Cakes, Borns made it clear she’d feel no obligation for the changed word to have anything to do with food or the object at hand. But now she’s getting closer to a relevant word—hollandaise is almost dip. Just noting. 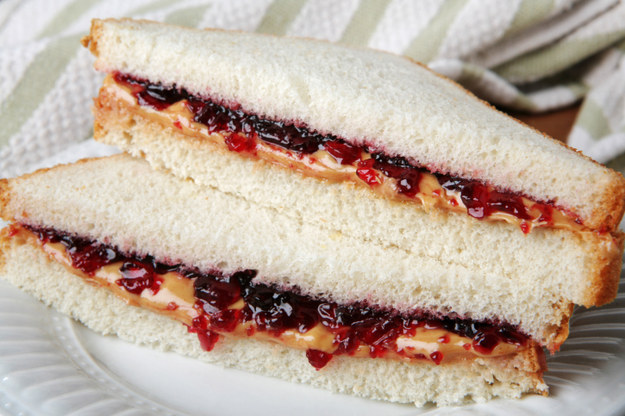 iStockphoto Jack Puccio / Getty Images
Borns is officially bored. Earlier in the project, she would have said something like “Peanut Butter and Deli” or “Peanut Cutter and Jelly” and kept things in line. But here she changes butter to boy, which is literally her just picking a b-word with no guidelines at all, and then she goes insane and changes jelly to jaleel. Is she dabbling in casual racism? I can’t tell. All we do know is that she apparently felt that “Peanut boy and jaleel” was satisfactory and moved on. 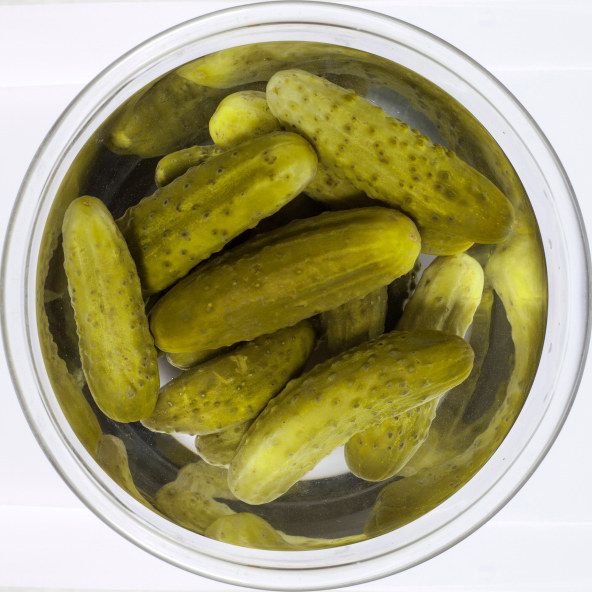 iStockphoto Raimondas Pocius / Getty Images
Here Borns has taken one food and replaced it with the name of another food that kind of sounds the same. I have a ton to do right now btw. 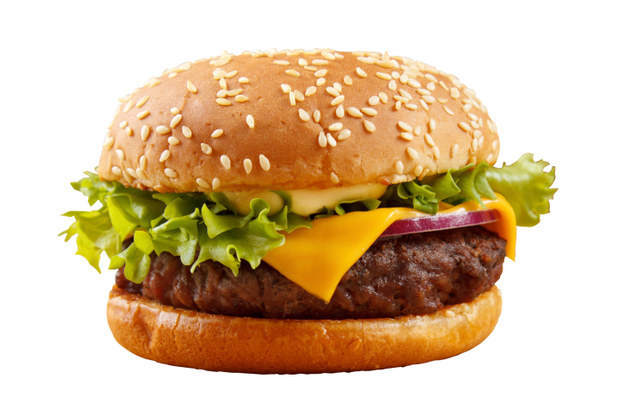 iStockphoto zokru / Getty Images
I’ve never seen anything cockier than Borns right now. She took “hamburger,” changed a vowel, and then erased “burger” and replaced it with a random b-word. No one has ever given less of a fuck. 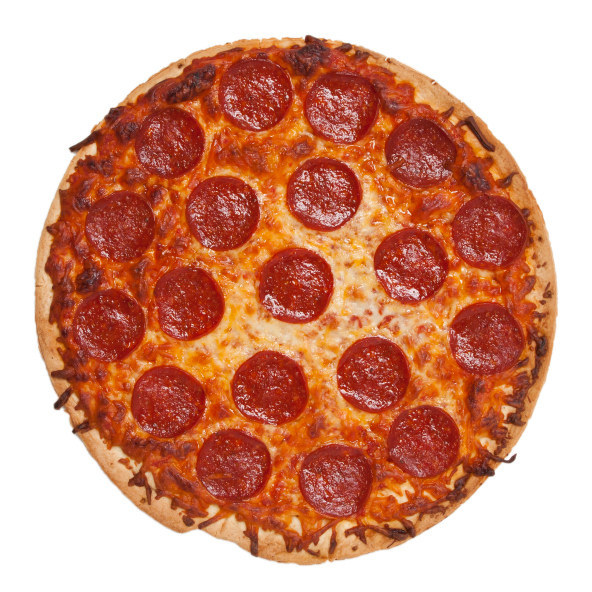 iStockphoto NicholasBPhotography / Getty Images
As we hit the midway point, Borns shits on our faces by changing Pepperoni Pizza to Peppertony Pizzzazz. There are no rules here. I’ve been trying to hold onto any semblance of structure I could but there’s nothing at all to hold on to. She added a man’s name into the first word, kind of, and then just rejects everything in the world by putting three Z’s in a row in the second word. I’ve lost. Borns has won. 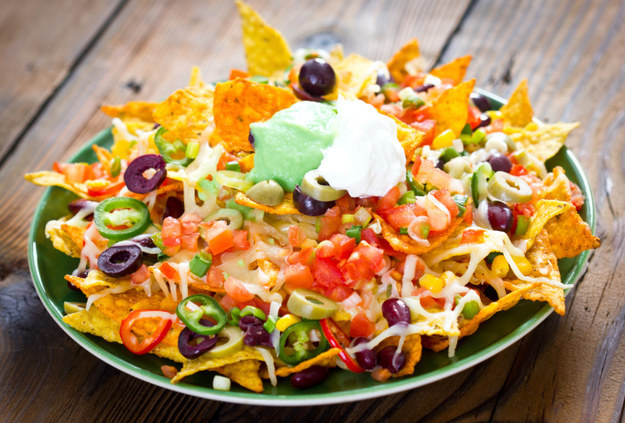 iStockphoto pilipphoto / Getty Images
If I were in a restaurant, and I ordered Pen Cakes, the waiter and I might have a chuckle and he’d bring me my pancakes. But if I ordered Not Bones, the waiter wouldn’t think that was a cute play on the word nachos, he wouldn’t know what the fuck I was talking about. Not a factor for Borns. 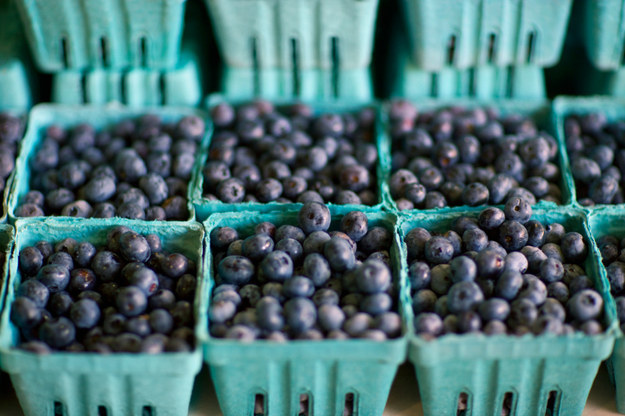 Fuse Fuse / Getty Images
Tens of thousands of adults just arrived at #12, read the word “Blumbos,” and that’s part of their day now, because Borns doesn’t believe in anything. 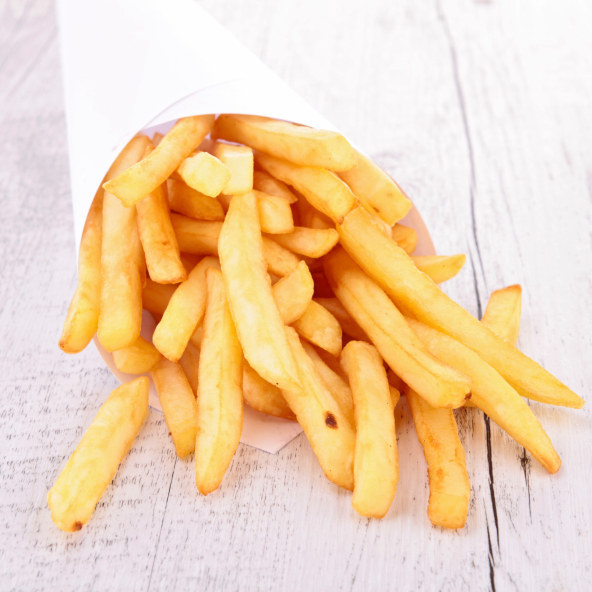 iStockphoto margouillatphotos / Getty Images
You know we’ve reached a dark point when my standards have become so groundbreakingly low that I see that the author has changed French Fries to French Friends and I think, “Oh that’s actually a decent one.” 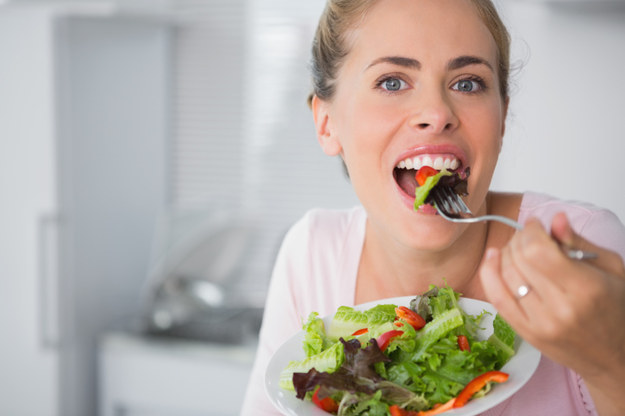 Wavebreak Media Wavebreakmedia Ltd / Getty Images
The woman in the picture probably isn’t Joanna Borns. But that’s exactly what I think she looks like right now as she’s typing these titles. She changes Salad to Salmon, a change that has no meaning or purpose, and then immediately takes a huge bite of salad while she stares at the reader with that face on. 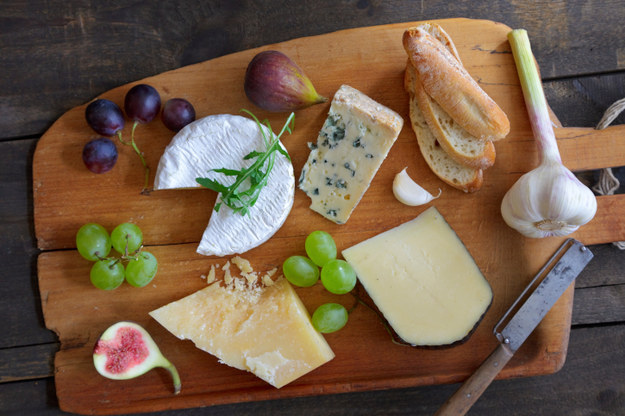 iStockphoto Atide / Getty Images
The worst thing about this is the people reading this article who are aspiring writers and would love a chance to write for Buzzfeed. Behind the browser they’re reading this article on is a Word doc of the funny, insightful article they spent the last month carefully working on—an article they hope can catch the world’s attention. Meanwhile, the world’s attention is on a cheese plate—one that has been renamed Choice plate. 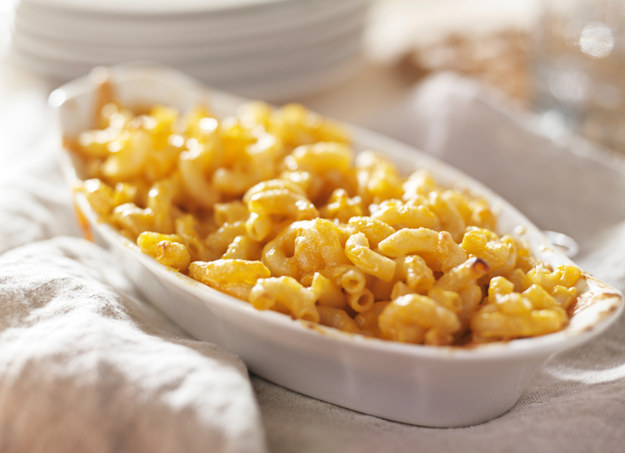 iStockphoto rez-art / Getty Images
I have nothing more to say about this article and neither do you. 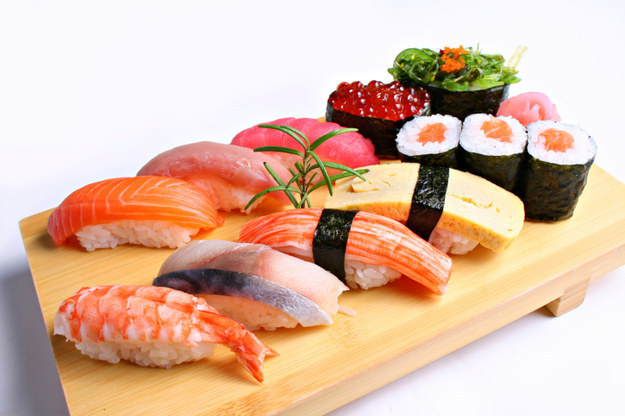 iStockphoto Kosin_Sukhum / Getty Images
Borns is a bully. She’s bullying the readers and she’s bullying Buzzfeed. Instead of coming up with a title for sushi, she literally writes Shhhhhh in the same voice as that Nazi character in Saving Private Ryan as he slowly stabs the good guy through the chest. 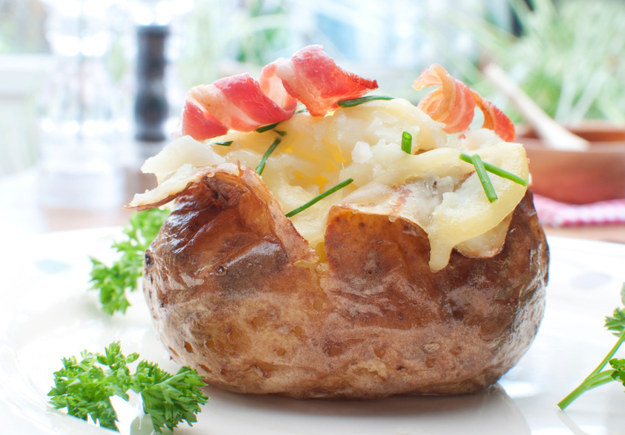 iStockphoto CharlieAJA / Getty Images
The only ray of light is I’m sensing that while making it as clear as possible to every person reading this article that they’re a loser, Borns has inadvertently defeated herself too. There’s no way she felt good about writing Bong Paquito here. No winners will emerge from this. 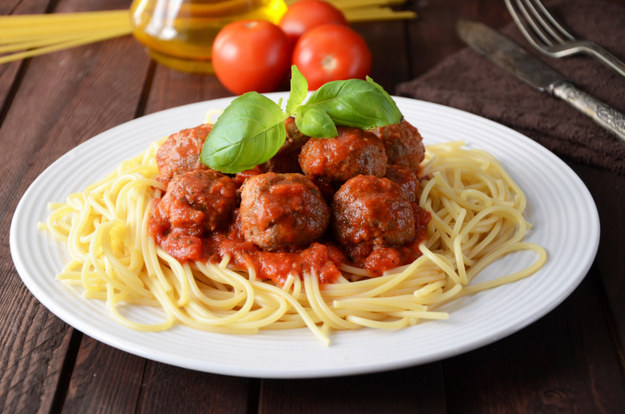 iStockphoto Edster1980 / Getty Images
Ohhh yeah she fucking hates herself right now. That swagger just deflated out of the room in the last two items. 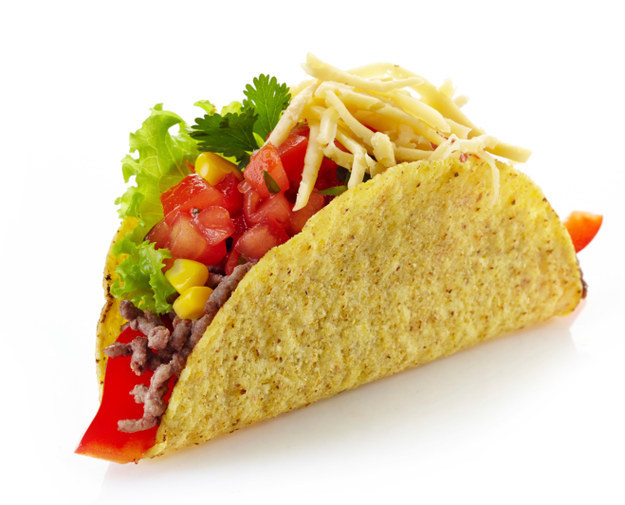 iStockphoto Magone / Getty Images
In one of the darkest moments in human history, Borns finishes by changing Taco to Talking, literally ending everyone’s life forever.
And now, with a permanently lower level of self-esteem, I’ll try to get back to work.
Tweet