You’re really gonna sit there and just focus on your life all day and not think about the universe at all?

Imagine if there were a bacterium in your fingernail who was smart enough to know a lot about the world—it had a pretty good sense of history, it had access to plenty of info about current events, and at night it could just turn its head upwards and look out at the world around it. But the bacterium decided instead to ignore all that almost all the time and instead obsess over whatever was going on in your fingernail.

We’d all be pretty unimpressed with that bacterium, wouldn’t we? And there you are, completely ignoring the fact that you live here— 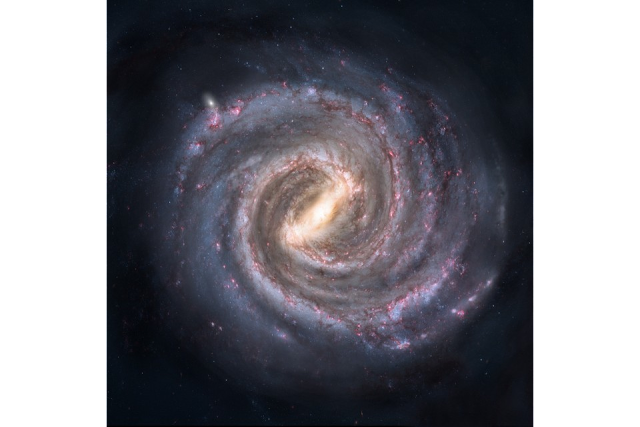 —because you’re too busy putting on three different shirts because you can’t decide which one to wear, and people are getting drinks after work today so it’s important.

Since, as I’ve mentioned before, I’ve been seriously dating astronomy ever since I was three, one of Wait But Why’s missions will be to remind you not to constantly ignore the universe.

When people think about the universe, they think about stars. Stars make up most of the visible matter in the universe, and despite all stars beyond our sun being unthinkably far away from us, we can see thousands of them with our naked eye at night.

For this post, I sifted through the endless fascinating facts about stars and picked out four that I find particularly mind-blowing—

1) There are an unfathomable number of stars in the observable universe.

So you know when you’re in a rural area at night and the moon isn’t visible and you can see a ton of stars?

Speaking of which, take another look above at our gorgeous Milky Way. To help understand just how insanely big it is, here are a few facts:

– The diameter of the Milky Way is 100,000 light years. A light year is the distance light travels in a year. Considering light can travel around the Earth seven times in a second, a light year is a mind-bogglingly large distance. It would take our fastest spacecraft 18,000 years to travel one light year. And with the Milky Way, we’re talking about 100,000 of them. 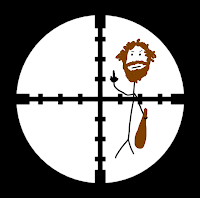 – That also means that if you use a telescope to see a star on the far side of the galaxy, you’re actually seeing what the star looked like 100,000 years ago, since the light that left the star then is just reaching us now. Likewise, if at this moment, someone on the other side of the galaxy is checking out the Earth with a telescope, they’ll see a bunch of early humans and Neanderthals running around clubbing each other like fools.

– You might think that when you look closely at that above picture of the Milky Way, one of those little dots might be our sun. In fact, if you expanded the above photo to be the size of the Earth, you’d still need a microscope to be able to see our pinprick of a sun—if the Milky Way were the size of the Earth, the sun would be about 1/50th of a millimeter in diameter.

Massive. And all in all, the Milky Way contains between 100 and 400 billion stars.

And that’s just one galaxy. 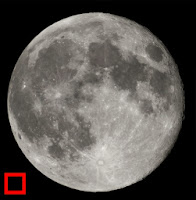 In 1995, scientists picked out a little section of the night sky that was unusually devoid of stars. To the naked eye, and even in a normal telescope, this region looked empty and black. And the section was tiny—it covered the same amount of sky that a tennis ball would cover if it were 100 meters above you (and the image on the right shows the size of the region in comparison to the size of the moon in the sky at night).

The scientists used the Hubble Telescope to take a 10-day long exposure of the empty region to find out what was out there deep in the blackness. They came back with this: 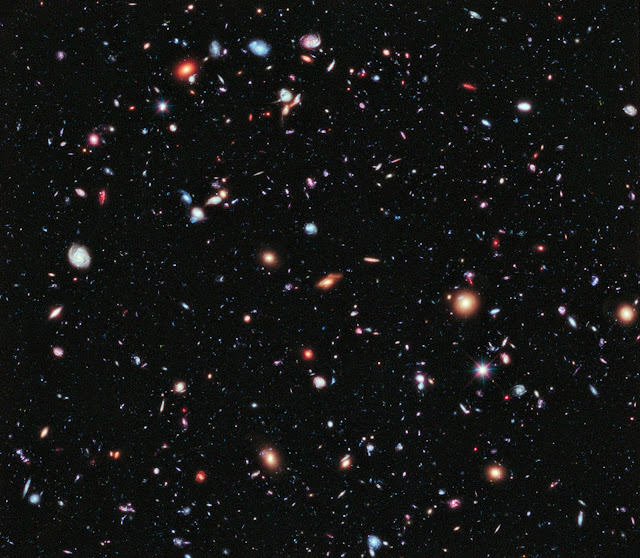 To be clear, nothing in this photo is a star. Each thing you see—even the faintest little dot—is an entire galaxy. There are over 10,000 in this image, each one containing around 100 billion stars. And again, this is all in a pinpoint little square of the night sky.

To put that in perspective, people at the University of Hawaii spent an unreasonable amount of time calculating an estimate for the number of grains of sand on every beach in the world—7.5 quintillion or 7.5 x 10^18.

That means that for every grain of sand on every beach on Earth, there are about 10,000 stars in the universe.

2) Stars are not close to one another. 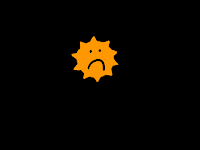 Binary star systems aside, most stars are sitting there with no one around for huge distances in any direction, completely bored.

Our sun is no exception—the closest star to us, Proxima Centauri, is 4.24 light years away, or 70,000 years away in our fastest spacecraft.

3) Some stars are unbelievably huge.

The largest stars are called red hypergiants. One absurdly large one is called VY Canis Majoris. If you stacked 1,420 of our suns on top of each other, you’d have the diameter of VY Canis Majoris. Here’s what it looks like next to the sun: 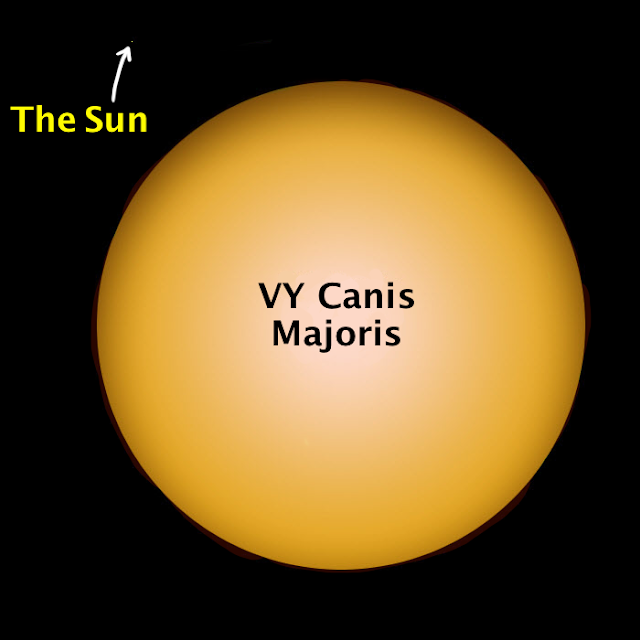 Or, to bring back the ping pong ball-size sun, that would make VY Canis Majoris the height of a 16-story building. It would take an airplane about 1,100 years to fly around it, and if VY Canis Majoris were in the center of our Solar System where our sun is, it would swallow up everything out to the orbit of Saturn.

Another red hypergiant almost as large as VY Canis Majoris is Betelgeuse. You can see Betelgeuse on any starry night as Orion’s upper left shoulder— 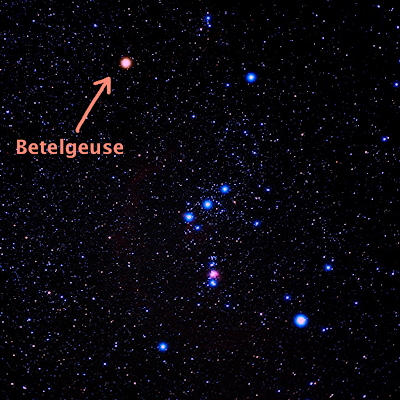 4) Some stars are incredibly tiny and dense.

When a large star dies by exploding in a supernova, a gravitational collapse can take place and result in a neutron star.

Normal matter is made of atoms, and atoms are made up almost entirely of empty space. The only thing that gives an atom its mass is the tiny nucleus in the middle. To visualize this, picture an atom being a large sphere with a diameter of 1km—that sphere is so big you could stack two Empire State Buildings inside of it without hitting the ceiling. If that sphere is an atom, the nucleus would be a single pea floating in the middle, and the mass of the whole atom would be the same as the mass of the pea.

What happens during a gravitational collapse into a neutron star is that the atoms are squished so hard together that each atom’s empty space gives way and the peas in the middle of each atom are suddenly all bunched together. So now imagine that 1km-diameter sphere, except picture that it’s packed full with peas. So instead of that 1km space having a mass of 1 pea, it now has a mass of about 1,000,000,000,000,000 peas.

This is what happens when a neutron star is formed—there’s no empty space, just the neutrons that make up an atom’s nucleus packed together—and it’s a quadrillion times denser than a normal star.

The result is a tiny star with a diameter of only around 24km whose mass is as much as three suns or one million Earths. Below is the size of a neutron star—imagine packing 1,000,000 Earths into it: 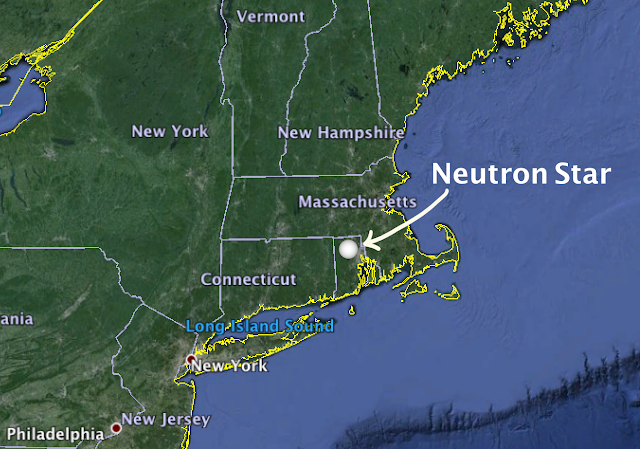 – A teaspoon of it has the same mass as 900 Great Pyramids of Giza.

– The density of a neutron star is the same as compressing a Boeing 747 airplane into a small grain of sand.

– There are some that spin as fast as 642 times per second. That means that a dot on the star’s “equator” moves a greater distance than the Earth’s circumference every second.

Okay, nice job. Now back to the fingernail.

How (and Why) SpaceX Will Colonize Mars

The AI Revolution: The Road to Superintelligence