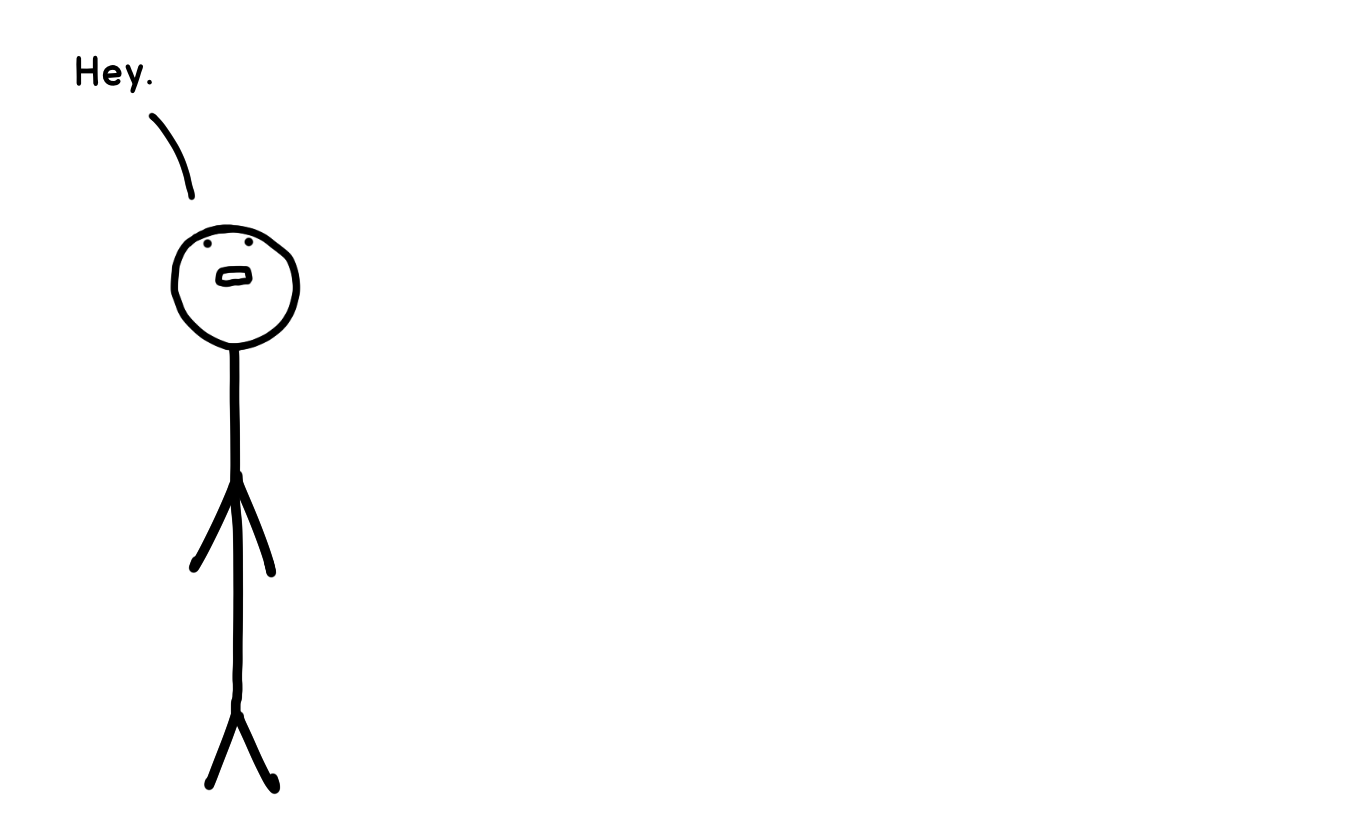 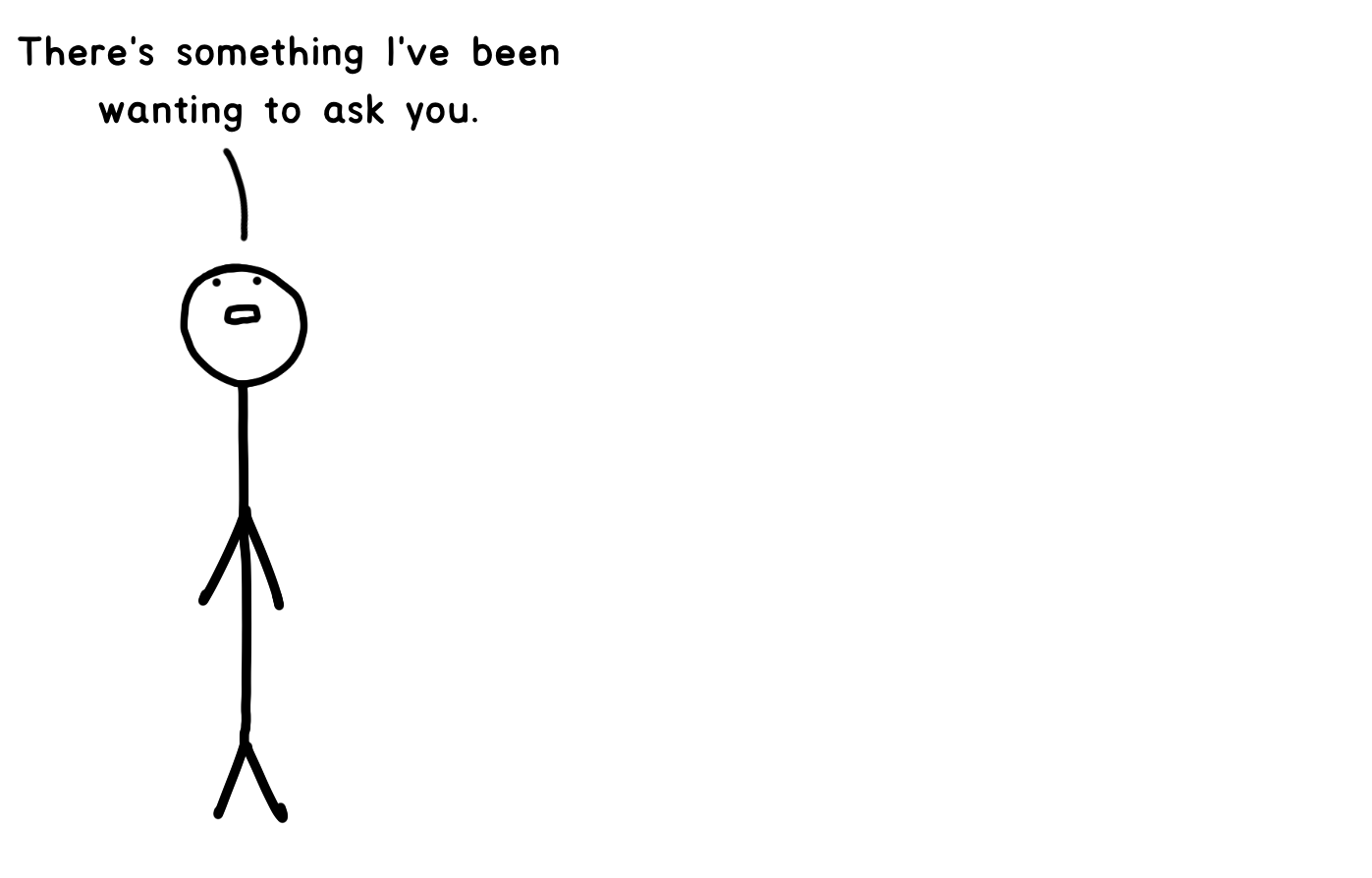 Of course. Anything. What’s up? 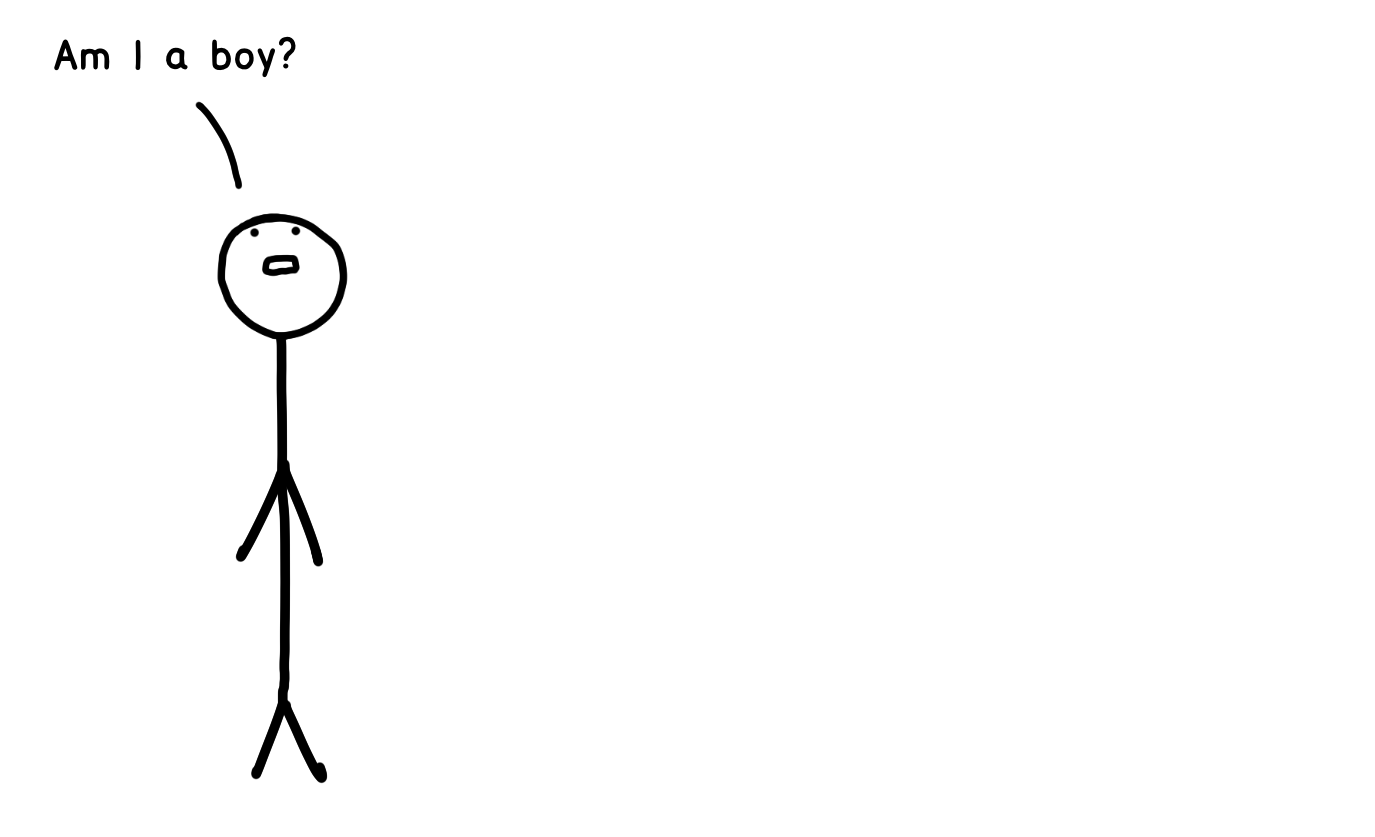 Ah. Yeah. I knew this day would come. Okay so actually, no you’re not. 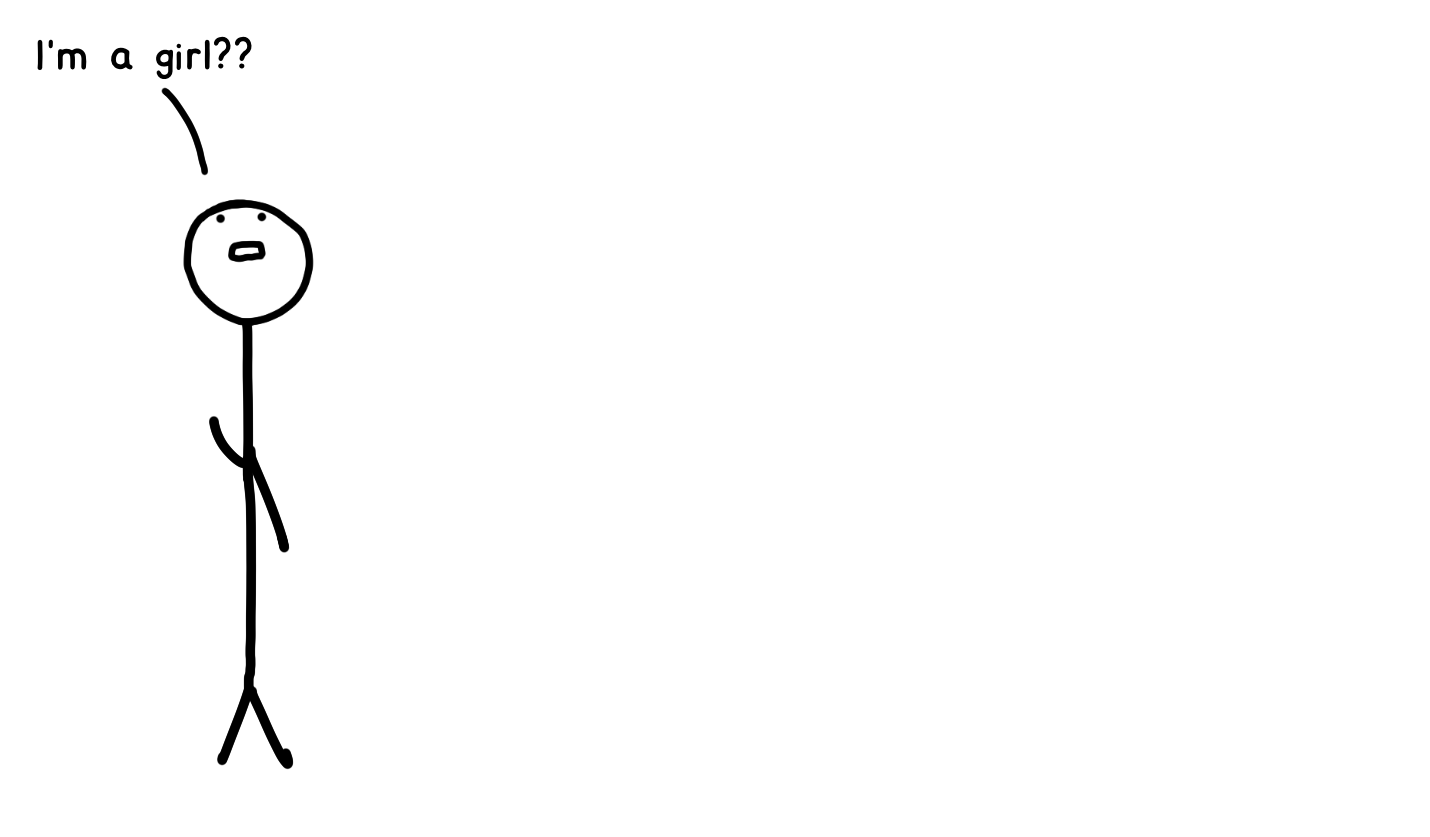 No, you’re not a girl either. Here’s the deal. Bald Wait But Why stick figures have no gender. They’re, I guess, gender neutral. 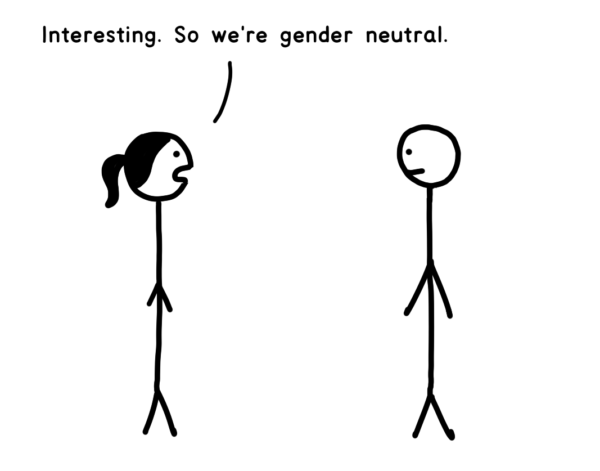 Well no. You two are a girl and a boy. 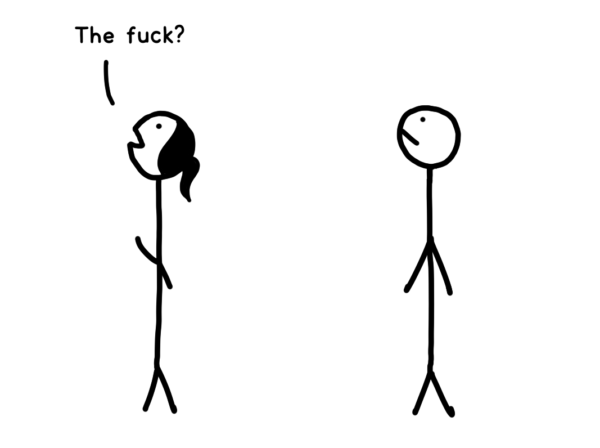 Sorry, I know this is confusing. So when a stick figure is specifically supposed to be a girl, she has a ponytail or some other badly drawn girl hair. In those comics, bald stick figures also have a gender—they’re boys. When there are only bald stick figures in a comic, they’re all gender neutral. 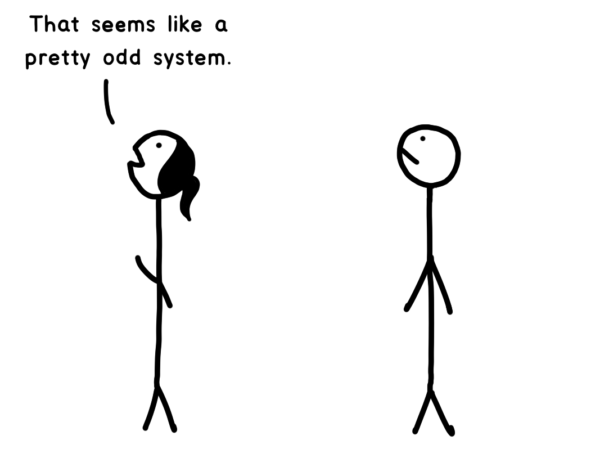 Sure is. Anyway, usually I draw girl hair on characters totally randomly, so don’t read too much into it. 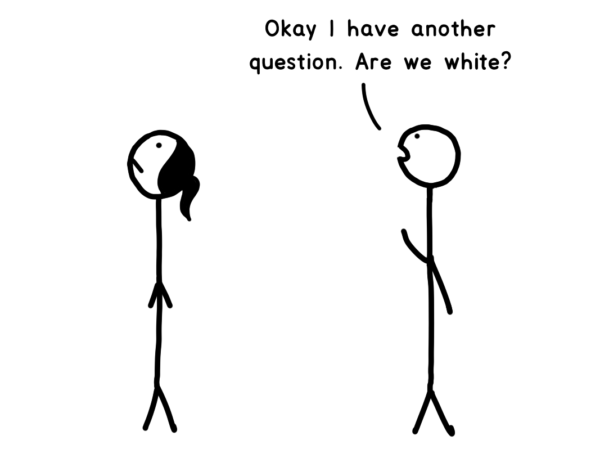 Good question. No you’re not. All blank-colored Wait But Why stick figures are raceless. Or maybe they’re a blend of all races. Either way, WBW stick figures only have a race if it’s specifically specified, kind of like girl hair. 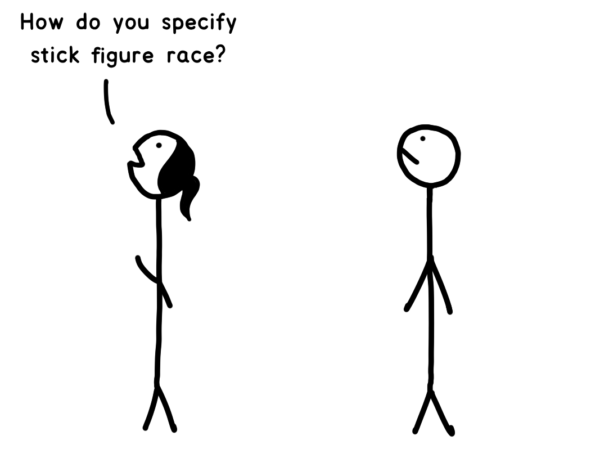 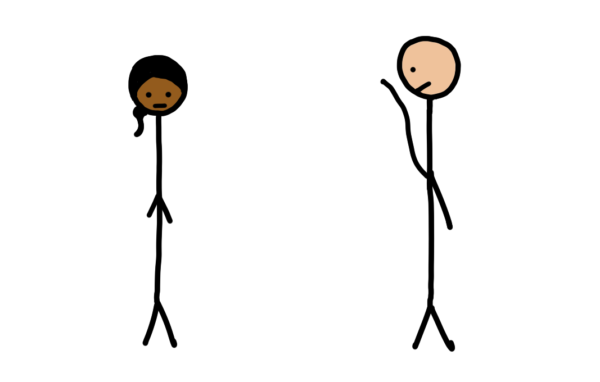 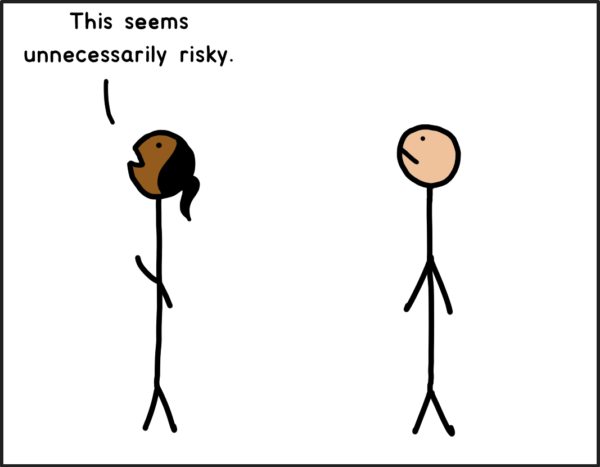 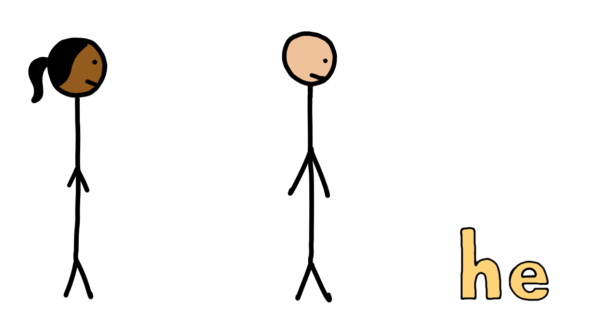 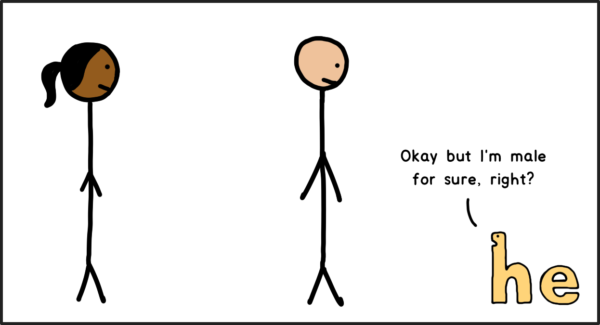 Ooh I’m happy you’re here because I’ve been wanting to mention this. In fact, no you’re not. You’re also gender neutral. 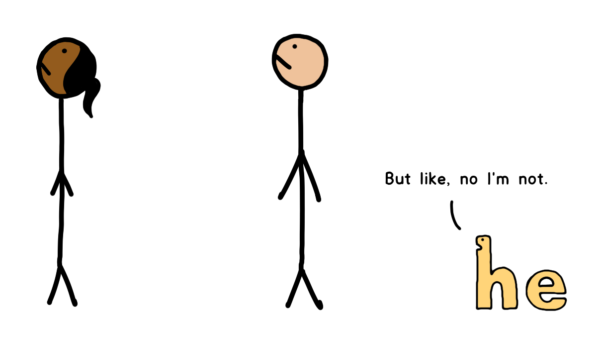 Yes you are. Here’s the thing. As a writer, I have five options regarding gender pronouns:

2) Alternate. Some characters or examples will be “he” and others will be “she.” I’ve tried this one. The problem is that even though I try to be totally random about it, inevitably, readers read into my choices and get upset when they think I’m propagating gender stereotypes because I made some particular character a he or she. Because I’m wary of that, I end up trying to select who’s a he and she strategically, and then that feels lame and patronizing (plus whatever you do, someone ends up upset). Instead of focusing on what I was writing, I was worrying about not offending people.

3) Use “they” “them” and “their” as gender-neutral pronouns. Almost a good plan, but it doesn’t work. Too often I’ll be talking about two WBW characters, and when I say “they,” readers can’t tell if I’m referring to the one I was just talking about or to both of them.

4) Use one of the other newly popular gender-neutral pronouns. Like these:[footnote2]Source[/footnote2]

Most people aren’t familiar with these and it would be confusing and distracting to most readers. I badly wish English language pronouns were gender neutral, so I didn’t have to think about any of this—but unfortunately, they’re not.

5) Just use male pronouns all the time, and try to make it clear to readers that “he” is usually being used as a gender-neutral pronoun. Jury’s still out on this, but for now, I’m going with this one. I chose male pronouns mostly because I’m male. Just under 50% of WBW readers are women, and the last thing I want is for them to have a harder time identifying with the writing or think I’m writing this more for male readers. That’s a definite risk with this option, but all things considered, it seems to be the best of these five bad options.

So in this series, for example, the Higher Mind is a “he.” Making the Higher Mind an “it” didn’t feel right and it made for some very confusing sentences, especially when talking about the Higher Mind and Primitive Mind in the same paragraph. Sometimes characters really need to be anthropomorphized to work. In those cases—and there are many more later in the series—they’ll be referred to with he/him/his. That does not mean the Higher Mind is male. The Higher Mind is the ultimate gender-neutral character—a piece of every human’s brain! In cases in this post where either a WBW character or an example human are assigned “he,” readers should either read it as “he or she” or just read it using the pronoun for your own gender.1

On one hand, it seems silly to have to mention all this, given that we’re talking about silly stick characters. On the other hand, I know how sensitive a topic this can be, and I think it’s important to explain the deal on our end, so we’re all on the same page.

As always, we’re open to feedback on this. Don’t hesitate to send us an email if you think I’m getting this wrong or there’s a better way to do it.