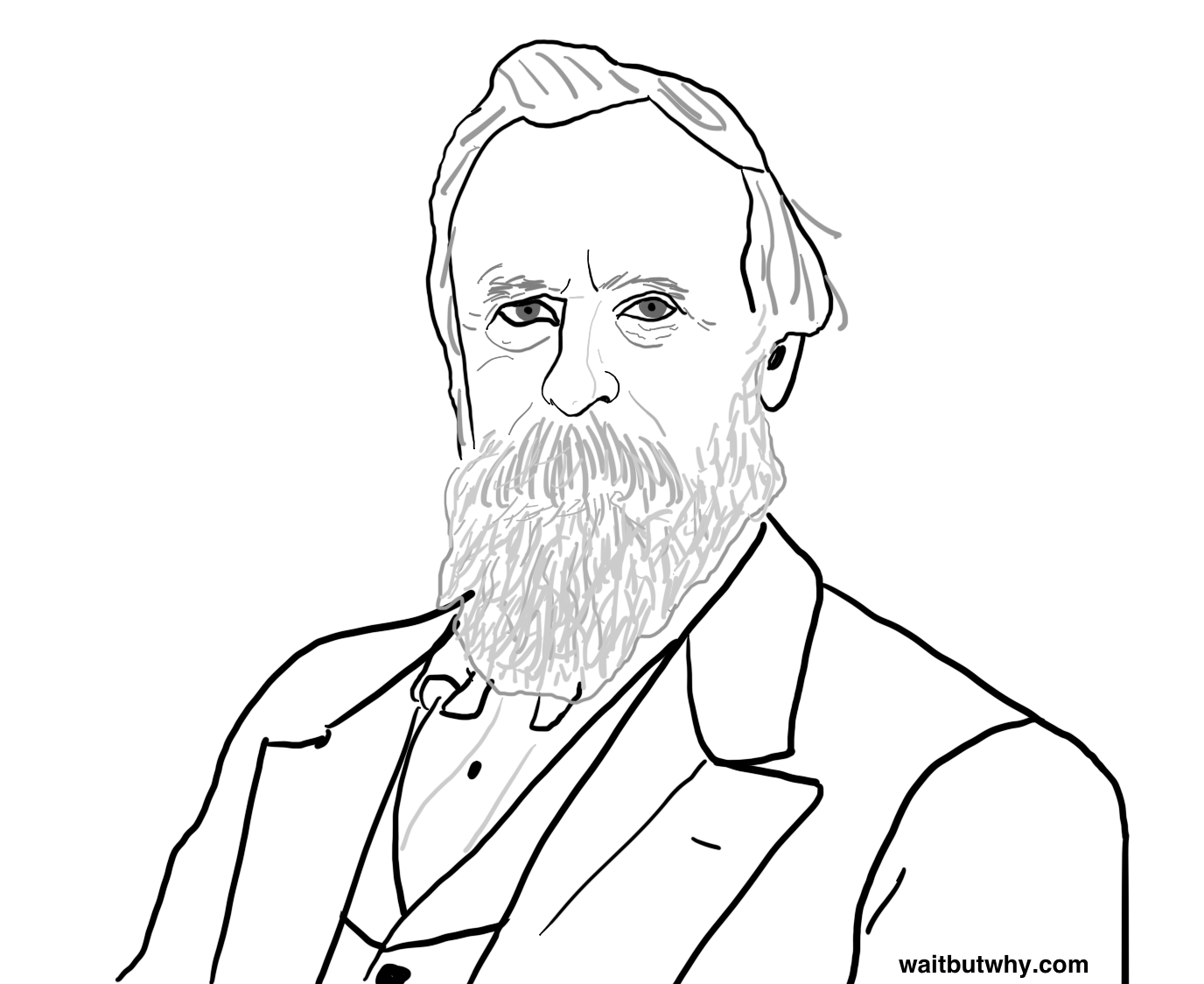 His Deal: Sorry, I was sleeping for the first one. Reading about Rutherford B. Hayes will do that to you.

Anyway, the thing that interested me the most about RBH is that I’ve always thought of him as nothing more than “one of the beardy guys on the presidents chart in my second grade classroom” because of this picture: 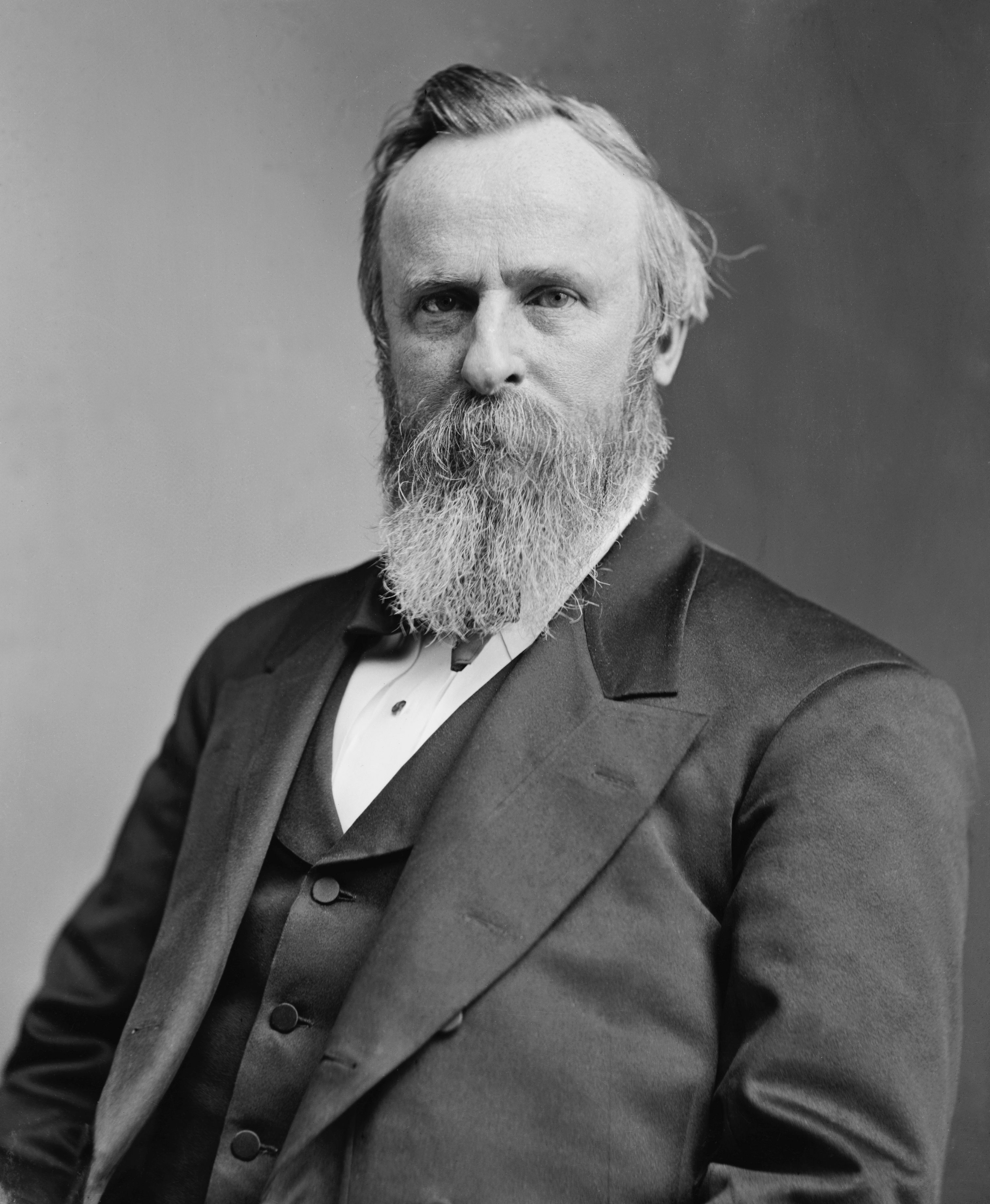 That is not a human being. It’s a fictional 1800s president who looks and talks like this guy. There’s something about these presidents who have really old-president-sounding famous names but who you also don’t know much about that makes them really feel like some mythic part of American lore. In this way, the random presidents you know nothing about are almost more mythic-seeming than the famous ones, because you know more about the famous ones, making them seem more like real people. And Rutherford B. Hayes, at least for me, hits the fictional-seeming sweet spot.

But then, as I dug into reading about him, I stumbled upon this picture of him when he was young: 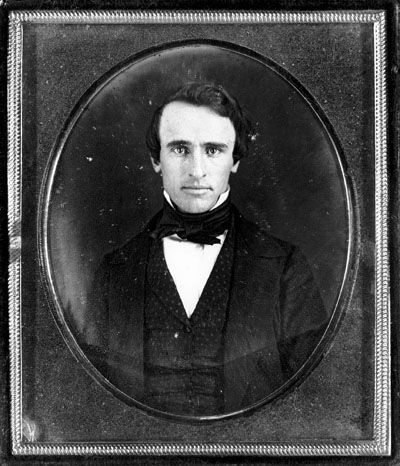 It blew my mind. Rutherford B. Hayes is just a dude. He’s just some guy who looks like Drew Brees. Imagining him as the guy in the young picture as I read about him changed my whole perception. Anyway here’s his deal:

Like Lincoln and Grant, Hayes is an oddly progressive man for his time. Raised by a single mother in Ohio, he was a great student and ended up at Harvard Law School before becoming a highly effective defense attorney. His favorite cases were those defending slaves who had escaped the South, but who were by law supposed to be returned to their owners because of the 1850 Fugitive Slave Act passed by the cowardly Millard Fillmore. This gained Hayes a strong reputation among the anti-slavery Republicans.

When the Civil War rolled around, Hayes jumped in, did well, and ended up rising to the rank of major general (if you need an Army ranks refresher, you should stare at this chart for six minutes). He made a good showing in the war, was wounded five times (four horses were shot out from under him), and became known for his bravery.

After the war, he dove into politics, becoming a Republican Congressman and then the governor of Ohio. After two terms as governor, he retired from politics to spend more time with his family (he had two kids under the age of five) and get back into civilian life. He refused multiple attempts by the Republicans to keep him in the game but finally gave in when they nominated him for a third term as governor after three years away from politics—he agreed to run, and he won. At this point, he was a perfect candidate for president and was nominated as the Republican candidate at the end of Grant’s second term.

The Democrats had had an uphill battle in elections since the Civil War because the nation saw them as the party that got them into the war and because of Lincoln’s popularity, but the Grant Administration’s reputation for corruption boosted the Democrats’ chances in the 1876 election against Hayes. It turned out to be Bush-Gore all over again, with a too-close-to-call electoral situation and Congress ultimately deciding to hand the win to Hayes, in what was called the Compromise of 1877.

In his campaigning, Hayes promised to only run for one term, and after one term in office, he held true to that and quit. He spent his later years making the case against income inequality before dying of a heart attack at age 70.

His Presidency: I don’t really want to talk about Hayes’ presidency because it bored the shit out of me. But basically, he started by bringing an end to the Reconstruction Era by ceasing all federal army intervention in Southern politics, or as the South put it, “getting out of our grill,” and then spent the rest of his presidency fighting for an overall progressive agenda (pushing for things like rights for women to practice in the court system) and achieving moderate success.

One of his main things was trying to change the system of appointing civil service positions, which at the time was based on Andrew Jackson’s spoils system, which comes from “To the victor go the spoils”—i.e. my party won the presidential election so members of my party will fill all the key appointments while I’m in office. Hayes was in favor of a merit system, where appointments would be made based on who was best for the job, regardless of party (he even wanted to go so far as to create an examination that all potential appointees would have to take, and only those with the highest scores would be awarded positions). Hayes walked the walk and appointed a bipartisan cabinet, but he was unable to implement a permanent legal change requiring future candidates to appoint by merit.

Historians credit Hayes for restoring popular faith in the presidency after the problematic Johnson and Grant administrations.

Last Words: “I know that I am going where Lucy is,” referring to his late wife. Really sucks being the spouse that dies second.