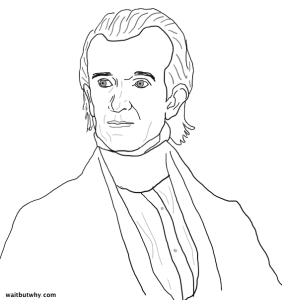 His Deal: A Good President Island in the middle of The Bad President Circus, Polk is the least known good president by far. He was a Congressman by age 29, a supporter of Andrew Jackson, and a great orator, known as “Napoleon of the Stump.”

His Presidency: Emerging in 1845 as an unlikely dark horse election-winner, Polk was a rare promise-keeping and efficient president. He began by announcing that he would only seek one term in office, and followed by laying out a clear, ambitious agenda—re-establish an independent Treasury, reduce tariffs, and acquire a bunch of Western land. Then he spent his one term taking no vacations, accomplishing his full agenda, and didn’t run again. Weird, right?

As for acquiring Western land, he started by finishing Tyler’s Texas mission, which turned into tensions that quickly led to the Mexican-American War. The US was bigger and stronger and bullied Mexico into giving up about half of their country for the paltry fee of $15 million. He also used the threat of war to force Britain into a compromise that landed the US with the whole Pacific Northwest. Here’s how big an impact Polk had—he locked down the blue Texas region, and acquired both the pink Southwest region in the war and the yellow Northwest region from Britain: 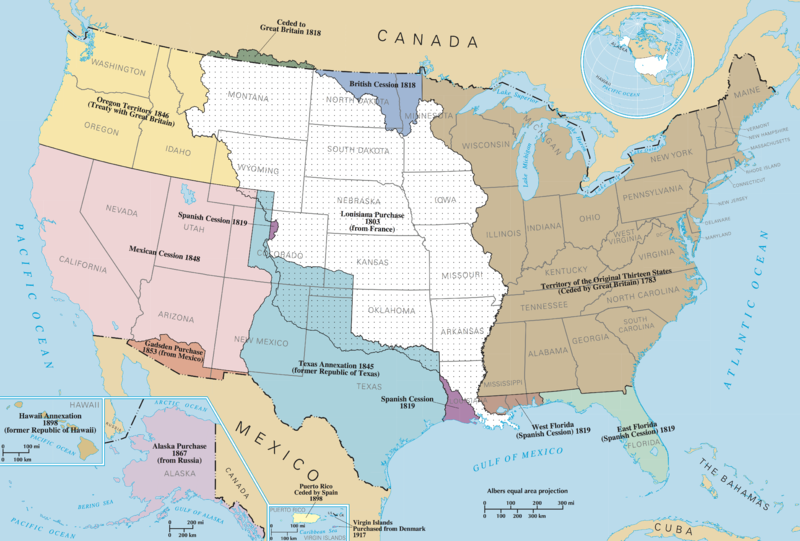 Last Words: “I love you, Sarah. For all eternity, I love you.” How annoyed are all the previous presidents that they didn’t think of that one. 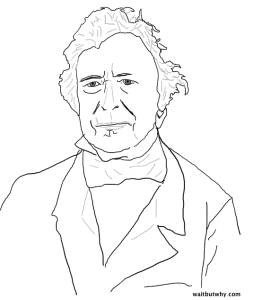 Slave Owner? He owned a bunch of things and one of them was slaves.

His Deal: A rad old war hero, both as a captain in the War of 1812 and as a general in the Mexican-American War. Unfortunately, he wasn’t much of a political leader, with vague and unknown opinions in many major policy areas, including the hottest issue, slavery. He aligned with the Whigs a bit more than the Democrats, so he ran as a Whig, and won.

His Presidency: Was short. He died suddenly after eating some raw fruit, about a year into his presidency. Historians have speculated that he may have been poisoned, but there’s no conclusive evidence either way.

Last Words: “I am about to die. I expect the summons very soon. I have tried to discharge all my duties faithfully. I regret nothing, but I am sorry that I am about to leave my friends.” 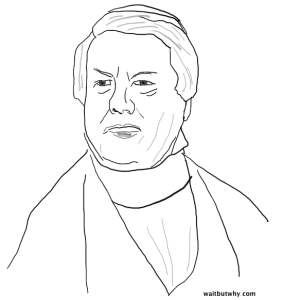 His Deal: The Vice President that took over for Taylor after his death. Fillmore was chosen as VP in order to satisfy Northerners—he was middle class, from New York, and had never owned slaves. His time in office was the last Whig presidency, and in his later years, he ran for president (and lost) as the head of the new American, or Know-Nothing Party. Fillmore was an impressive lawyer and turned out to be a much-less-impressive leader of the country.

His Presidency: An anti-slavery moderate, Fillmore was yet another president with a weak stance on slavery. He came into power in the heat of the slavery battle and proposed The Compromise of 1850, which momentarily quieted tensions, successfully kicking the can down the road. One interesting achievement of his presidency was commissioning the Perry Expedition to try to open up isolationist Japan, which triggered Japan’s new path toward becoming a powerful, modern nation. 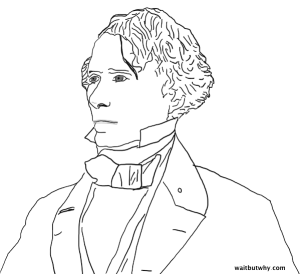 His Deal: Franklin Pierce was good at some things, like law and fishing. He was also bad at some things, like being the president. Shame, because the country really could have used a good president right around the mid-1850s, when the nation was on the brink of going to war with itself. He did fine in politics in earlier years as a handsome and charming senator from New Hampshire, taking that seat at the age of 32.

His Presidency: In fairness, Pierce began his presidency in a tough spot. He, his wife, and his son were in a train crash that killed his son right in front of him and his wife (this after they had already lost their first two children). Then, a couple months later, William Rufus King, his vice president, died. Once in office, he followed the lead of the last six presidents by taking a middling position on slavery that left everyone unhappy. Most of his policy decisions were the result of persuasion by his cabinet-members, the worst example of which was his being manipulated into passing the Kansas-Nebraska Act, which opened up the possibility of slavery expanding westward into those new territories—this infuriated the Northerners and brought war even closer. A terrible president, not only did he not win reelection in 1857, he didn’t even win the nomination for reelection by his own party. 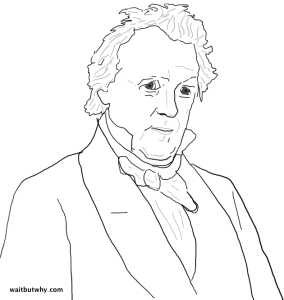 His Deal: You’d think that when the previous three consecutive presidents score 35th, 38th, and 40th out of 43, we could only go up from there. You’d really think that. And yet, James Buchanan is the next in line and the lowest-ranked of all the presidents so far, at 42nd. The funny thing is that Buchanan’s history shows that upon entering office, he had hoped and expected to be a president on par with George Washington, one who would bring harmony to the divided nation. He thought he was gonna be Abraham Lincoln. Unfortunately for James Buchanan, he wasn’t Abraham Lincoln, he was James Buchanan.

His Presidency: A debacle. Buchanan’s four years were insanely tense and rocky, with Civil War furor bubbling over and an economic crisis—the Panic of 1857—not helping the situation. And Buchanan couldn’t have handled things worse. By trying to kick the can even further down the road and maintain a fragile peace, Buchanan alienated both sides of the fight. He was especially annoyed with the Northern abolitionists, since if they would just let it go, this huge nightmare might just go away. But they didn’t let it go, and in 1860, South Carolina and six other slave states seceded from the Union and formed the Confederate States of America. Buchanan replied by saying, “Ugh,” and by staying ambiguous enough in his actions that he impressively managed to continue to infuriate both sides. When that didn’t work, he tried paralysis, and did nothing—and the Civil War broke out. Historians often cite Buchanan’s ambiguity in the face of secession to be the #1 worst decision by a US president.

Last Words: “Whatever the result may be, I shall carry to my grave the consciousness that at least I meant well for my country. Oh Lord God Almighty, as thou wilt.” Well that was sad. Great, I feel bad now. 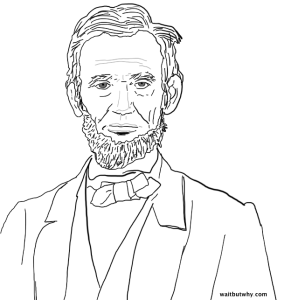 His Deal: A refreshing #1 ranking in the heart of The Bad President Circus, this was perfect timing. Lincoln was raised in a one-room cabin, lost his mother and sister when he was young, went to one year of school total, and had to educate himself by borrowing books. He self-taught his way all the way to passing the bar at age 27.

He was an astute politician, winning people over with his eloquence and self-deprecation, especially with regard to his appearance—once when called “two-faced” during a debate, he replied, “If I had two faces, do you think I’d be wearing this one?”

Lincoln ran for Senate in Illinois in 1858 against Stephen Douglas, engaging in the famous Lincoln-Douglas debates on slavery during the campaign. Douglas won the election, but Lincoln had the debates made into a book, which spread throughout the country and won him national support, paving the way to his presidential election two years later.

I was wondering if maybe Lincoln was slightly overrated with that first place ranking, but then I read about him for two hours just now and no, he’s not.

His Presidency: Lincoln took office right as the Civil War was breaking out and had all kinds of shit to deal with. He had to use a slew of complex legal maneuvers to pass the Emancipation Proclamation and the 13th Amendment (outlawing slavery), and a whole array of clever human manipulation tricks to gain the support he needed for his agenda from politicians and the public. He even played a large role in the war strategy. Five years into his presidency, the Confederacy surrendered, ending the war, and six days later, he was assassinated, since apparently there’s no need for anyone to guard the president’s box while he’s watching a play.

Last Words: “Haha.” He reportedly was laughing at a line in the play when he was shot.

10 Absurdly Famous People You Probably Don’t Know Enough About
The Death Toll Comparison Breakdown
What If All 7.1 Billion People Moved To Tunisia?