One of the things about humans is that they die sometimes, and one of the things humans pay a lot of attention to is other people dying. We do a pretty good job of distracting ourselves from the whole “I’m gonna die one day” thing, but the fixation is there, underneath the surface, and one way it shows through is how riveted we are by other people’s deaths.

The news is an obvious example—just open up CNN.com and typically, at least half of the headlines are about people dying. Entertainment is another—nothing locks eyes on a screen like the death of a character.

History is a less obvious example, but it’s the parts of history that involve a lot of people dying that usually compel us the most. That’s why there are so many war movies and so few movies about critical legislation being passed.

But for a crowd so interested in death, humans know surprisingly little about the actual numbers of people that died in key moments throughout history. Most of us know that 3,000 people died on 9/11, but how many Americans know how many Katrina victims there were, or how many people died in the American Revolution. Did the Christian Crusades kill 100 times as many people as the Vietnam War? Or were they identical in their death tolls? Given how much we talk about historical human tragedies, it seems like something we should have a better handle on. So let’s take a look. 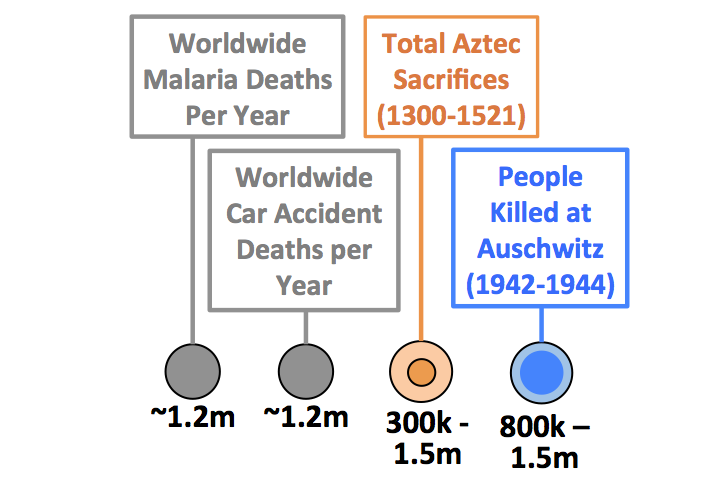 Alright, on with it. The Death Toll Comparison Breakdown:

More Wait But Why history brush-ups:

The American Presidents—Washington to Lincoln

And another one in infographic form: Putting Time in Perspective